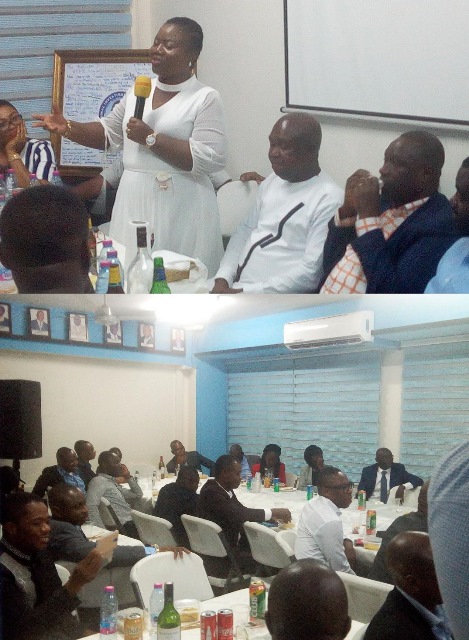 Commissioner of Police (COP) Mrs Maame Yaa Tiwaa Addo-Danquah, the immediate past Director General (DG) of the Criminal Investigations Department (CID) of the Ghana Police Service, has called on personnel of the department to sustain the momentum gained in all their efforts.

Speaking to the men and women of the Department on Tuesday as part of her send-off party, she urged them to give their maximum cooperation to COP Isaac Ken Yeboah, the new DG.

She praised them for their support during her tenure and asked them not to relent on their oars.
“The officers have been very cooperative, I have asked them to stand in for me many times on short notices but they have always responded positively and never turned me down,” she said.

“I could not have been able to do all these without your support, your enthusiasm to get things done is amazing and I am hopeful that the good standard that has been set would be sustained so that we can have a successful CID.

She said, “What I am asking of you is that you should not let anything be about me but rather the CID, give maximum and better support to the incoming boss than you even gave to me otherwise he cannot succeed.”

COP Addo-Danquah, who assumed office as the new Director-General Welfare of the Ghana Police Service on Wednesday, January 15, enumerated some of her achievements during her time as the digitisation of the case tracking system, provision of elevator for the CID building and organizing training programmes for personnel at the Detective Training Academy.

She also used three months to arbitrate the impasse between the National Lotteries and the Lotto Operators which had lingered for 30 years.

Her 26-month in office also saw the establishment of a Forensic Laboratory which would soon be opened, adding that all was set for its opening.

COP Addo-Danquah also instituted a collaboration between the CID and the University of Cape Coast to introduce a Criminal Investigative Programme for students to read and it would be opened to personnel as well as members of the public to come to the CID premises to be enrolled and to pick up some investigative skills.

The former CID Director General attributed these successes to team work, the family system and the cooperative nature of the rank and file.

Now in charge of the Welfare of the entire Police Service, she called on the new boss to help sustain the digitization case system as that would help to track old cases with the press of a button.

Those she worked with described her as versatile and can work anywhere she was placed.

She is a leader with a listening ear, approachable, easy to communicate with and made their working environment the best.

Three Fulanis convicts to be tried for Mfanteman MP’s death