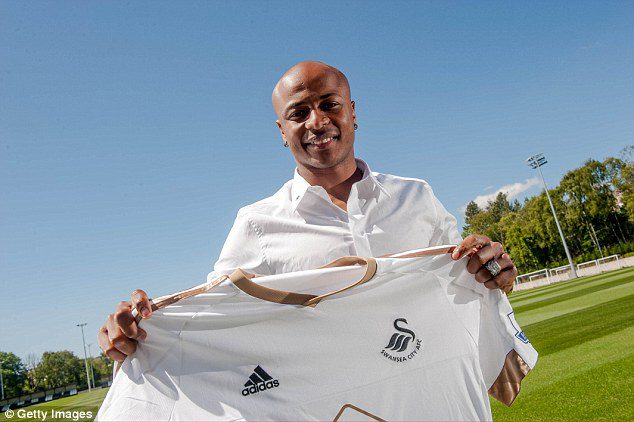 Will the Swans continue to fly high in Garry Monk?s second full season with ex-Marseille man Andre Ayew on board?

Top that, Swansea. A highest-ever Premier League finish, despite losing their star striker in January, should have most Jacks fans in dreamland. But according to one poll, what 62% of them are dreaming of, in fact, is finishing even higher than last season?s eighth place. Manager Garry Monk ? rewarded with a new contract in the summer ? has acted accordingly, reinforcing his squad early in what appears to be the right areas of the field, all the while trying to play down expectations with talk of the ?hardest ever Premier League season, because of the new TV deal?. You?re fooling nobody, Gaz. Swans expect.

Why they?ll do well

Swansea have moved quickly to ensure that Wilfried Bony won?t be missed for long, with targetman Eder signed from Braga as a like-for-like replacement. With Bafetimbi Gomis starting to hit his straps towards the end of last season ? scoring six goals in 10 games ? and Gylfi Sigurdsson, Ki Sung-yueng, Jonjo Shelvey also chipping in frequently from midfield, suddenly the goals look like they could come from anywhere. But undoubtedly the biggest story of the summer is the signing of Andre Ayew. Somewhere near the peak of his powers, the Ghana star ? who can play on either wing or as a second striker ? could have had his choice of clubs given he was available for free after his contract at Marseille ran down. It speaks volumes for how far Swansea have come that he?s swapped the Cote d?Azur for South Wales. And we haven?t even mentioned the other threats from wide offered by Jefferson Montero, Wayne Routledge, Marvin Emnes and Nathan Dyer.

Why they?ll do badly

Monk does, indeed, have plenty of attacking talent at his disposal, but you don?t have to look far to find stats to suggest they need to be more clinical. For all their possession, no Premier League team spent less time in the opposition half of the pitch than Swansea last season (21%), while no one spent more time in the middle of it (48%). Further proof that they too often try to score the perfect goal comes in the form of their goals-from-set-pieces numbers; just eight last season, a Prem low (Newcastle apart). There?s also the question of whether Swansea can cope with increased expectations. While there are obviously areas in which they can improve, the same can be said of the teams around them. Stoke, Everton and West Ham, to name but three, will all expect to do better this season.

1) Are they over-reliant on Ashley Williams?

The Wales captain is one of the most consistent performers in the Premier League, but with Swansea more likely to nick a 1-0 than steamroller teams, is it too much to expect the nearly-31-year-old ? who played all but one league game last season ? to keep putting it all on the line? We think so. Youngsters Jordi Amat and Kyle Bartley ? who both suffered injury problems last season ? need to prove they can step up.

2) Can they capitalise on Southampton?s Eurotrip?

In truth, Swansea were a distant eighth to Saints? seventh last season, the two teams being separated by just four points but a goal difference of 24. The Jacks will be hoping Southampton?s Europa League exploits will allow them to overhaul Ronald Koeman?s side and top the ?second tier? of the Prem.

3) Who is Swansea?s next big thing?

If Monk is to take his team onto the next level, he could do with one of the club?s many promising youngsters ? either bought as teenagers or developed themselves ? becoming a bona fide superstar. Midfielder Matt Grimes looks most likely, having featured heavily in pre-season. 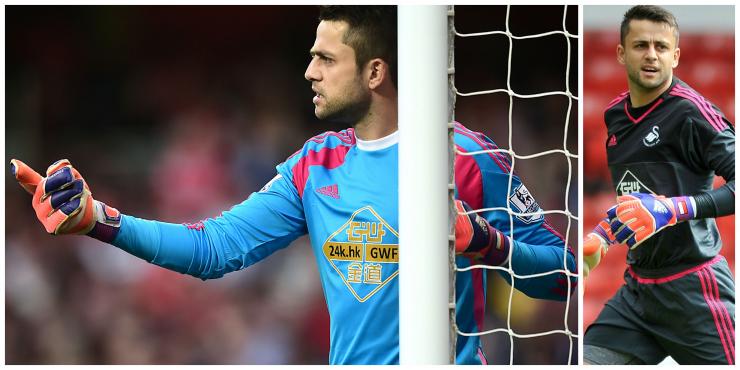 Plucked from the Arsenal bench (at best), the Polish freebie was a revelation in his first season at the Liberty Stadium, making the most saves of any top-flight goalkeeper (137) and picking up several man-of-the-match awards, including on his return to the Emirates. Michel Vorm, currently warming the dugout on the other side of north London, was barely missed. That said, Fabianski would surely prefer not to be called upon so often; Swansea were among the top six Premier League clubs in terms of shots conceded (14.6 per game). Sweden international Kristoffer Nordfeldt has been brought in from Heerenveen as backup.

What we?ll be saying come

This season was always going to be an anti-climax for Swansea since the Premier League announced rules limiting the number of wingers in each squad to 10. Forced to play proper full-backs ? well, Kyle Naughton ? in the wide defensive positions, Swansea?s possession-at-all-costs philosophy fell down somewhat when they discovered that the backpass rule had been scrapped in 1992. Needing several months to adjust, they eventually finished 16th.