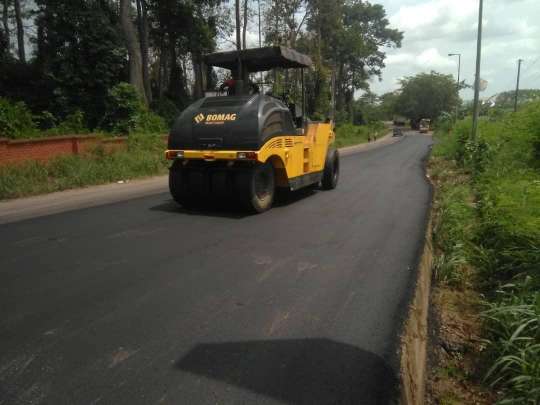 Driver unions and passengers in the Agona West Municipality have applauded the Government for the swift response to calls to asphalt the Swedru Township roads.

He said through the hard work and selflessness of the Member of Parliament of Agona West, Mrs Cynthia Mamle Morrison, it had been completed within three years to bring the needed development to the area.

He said the Government had prudently managed the economy while majority of abandoned road projects had started as promised by the President Akufo-Addo.

Nana Fayah appealed for the inclusion of all community roads in the Swedru and adjoining towns to facilitate the transport of goods and services.

He said the MP, also the Minister of Gender, Children and Social Protection, had helped to transform the lives of the people in the Constituency, especially of women, and needed a second term in Parliament to continue with the good works, adding that there was no need to change a winning team.

He said drivers plying that stretch had suffered frequent breakdown of their vehicles due to the bad nature of the road.

Mr Akwasi Asante from Akim Oda and Madam Comfort Akyeaa, a resident of Agona Nyakrom, expressed satisfaction about the MP’s work to develop the area and appealed for all bad roads to be upgraded.