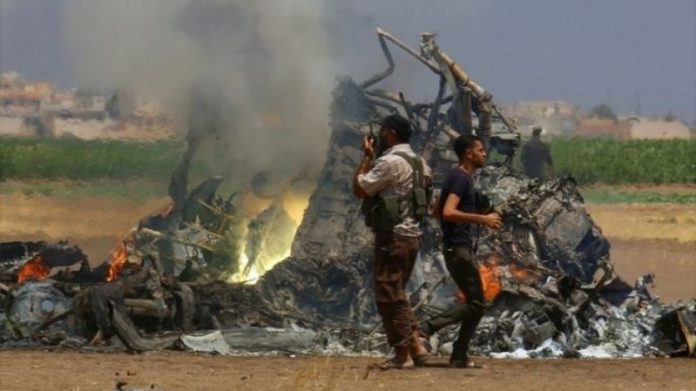 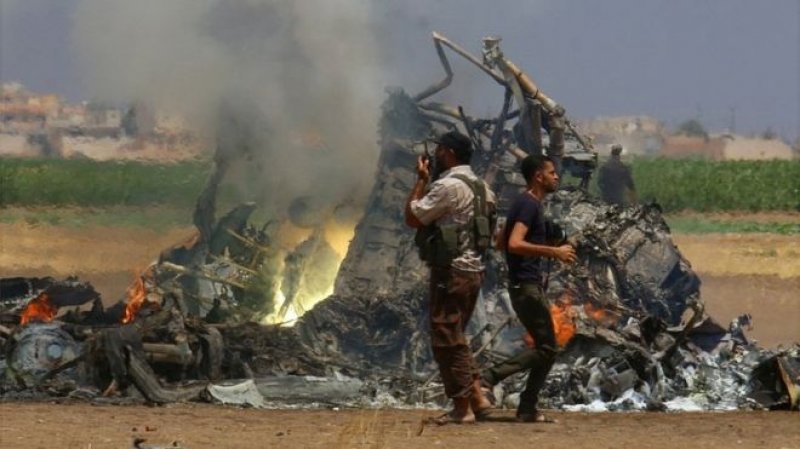 Five Russians on board a military helicopter were killed when it was shot down by rebels in northern Syria, Russia has said.

The Mi-8 transporter came down in Idlib province. It was carrying three crew and two officers, Russia’s defence ministry said.

The helicopter was returning from delivering humanitarian aid to the besieged city of Aleppo, it said.

It is not clear which group brought the helicopter down.

An alliance of rebel groups, including hardline jihadist factions, is the dominant power in Idlib.

Russia has previously, though seldom, lost aircraft since it launched operations in support of the Syrian government at the end of September 2016.

In July, two Russian pilots were killed when their helicopter was shot down east of the city of Palmyra by so-called Islamic State (IS).

Last November, the pilot of a Russian Su-24 fighter plane was killed when the aircraft was shot down by Turkey on its border with Syria.

A Russian marine sent on a mission to rescue the pilot was also killed when his helicopter was shot down.

Footage showed at least one body being dragged away.

Russia is a key backer of Syrian President Bashar al-Assad and is supporting pro-government forces with air strikes on rebels.

Russia and Syria announced the opening of what they called humanitarian corridors for civilians and rebels wanting to surrender, but few people are reported to have used them, fearing they would be targeted.

On Sunday, rebel groups south of Aleppo launched a push to try to break the siege, in what observers said was one of the biggest counter-offensives in months.