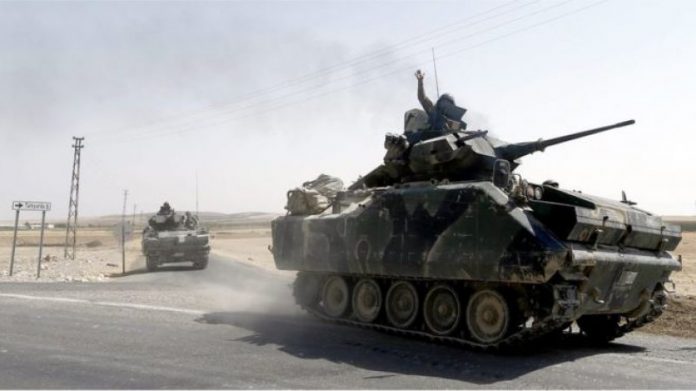 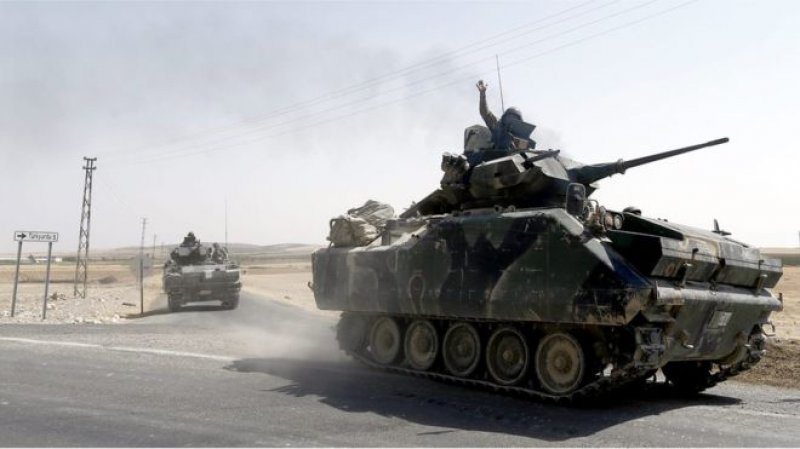 At least 25 people have been killed as Turkey continues to target Kurdish-held areas in Syria, near the border city of Jarablus.

The Turkish military said those killed in Sunday’s air strikes were Kurdish militants.

Separately, a monitoring group said at least 35 civilians and four militants were killed by a wave of Turkish strikes in the same area.

It is not yet clear whether the two reports relate to the same incident.

Speaking in Gaziantep, where IS militants killed 54 people at a Kurdish wedding last week, President Recep Tayyip Erdogan said “operations against terrorist organisations will continue until the end”.

Turkish tanks and troops backed by Syrian rebels have captured territory from IS and clashed with the Kurdish People’s Protection Units (YPG), a Kurdish militia supported by the United States, which is itself fighting IS.

The UK-based Syrian Observatory for Human Rights said 20 people died in strikes on Jeb el-Kussa and another 15 were killed in a separate bombardment near al-Amarneh.

Turkey’s military said in a statement that it had killed 25 members of the PYD, an offshoot of the PKK.

Jeb el-Kussa is located 14km (9 miles) south of Jarablus and is controlled by local fighters with support from Kurdish forces.

On Saturday Turkey’s military suffered its first fatality of the offensive, when a soldier died in a tank hit by a rocket. Turkish authorities blamed Kurdish militia for the death.
Complicated alliances

Turkey has been targeting Kurdish-controlled villages around Jarablus, which Turkish-led forces captured from IS on the first day of the offensive.

It fears Kurdish fighters gaining an unbroken strip of territory along its border, which would be a huge boost to the Kurdistan Workers Party (PKK), a banned Kurdish rebel group fighting for autonomy in Turkey.

The US has backed Turkey’s anti-IS operations in Syria, and both countries have demanded that Kurdish forces withdraw to the east bank of the Euphrates river.