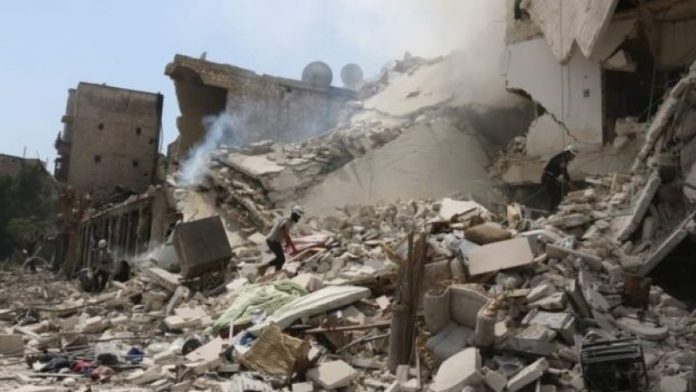 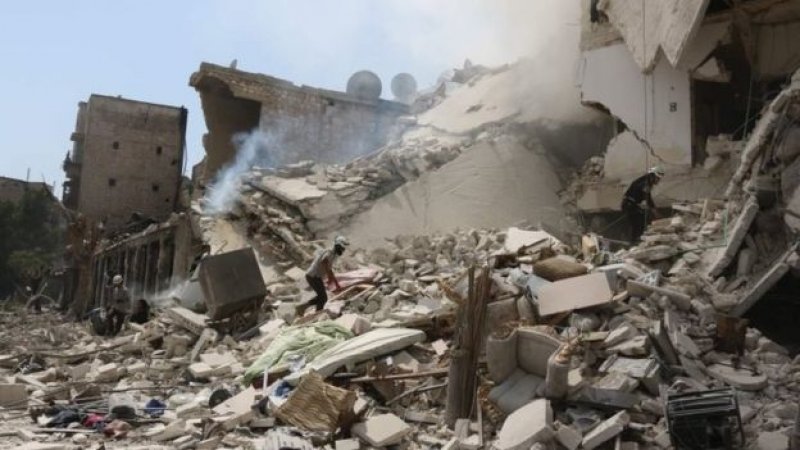 Russia and the US have announced an agreement on Syria starting with a “cessation of hostilities” from sunset on Monday.

Under the plan, the Syrian government will end combat missions in specified areas held by the opposition.

Russia and the US will establish a joint centre to combat jihadist groups, including so-called Islamic State (IS).

The announcement follows talks between US Secretary of State John Kerry and his Russian counterpart, Sergei Lavrov.

The plan would need both the regime and opposition “to meet their obligations”, Mr Kerry said in Geneva.

The opposition had indicated it was prepared to comply with the plan, he said, provided the Syrian government “shows it is serious”.

“The cessation of hostilities requires access to all besieged and hard-to-reach areas, including Aleppo,” Mr Kerry said.

Seven days after the start of the cessation of hostilities, Russia and the US will establish a “joint implementation centre” to fight IS and another main group, Jabhat Fateh al-Sham.

Mr Lavrov said the joint implementation centre would allow Russian and US forces to “separate the terrorists from the moderate opposition”.

He said the Russian and US air forces would carry out co-ordinated strikes strikes against the two groups, and that in some areas, that excluded action by the Syrian air force.

“We have agreed on the areas where such co-ordinated strikes would be taking place, and in those areas, on neutral agreement shared by the Syrian government as well, only the Russian and US air force will be functional,” he said.

But Mr Lavrov added that “the Syrian air force will be functional in other areas, outside those that we have singled out for Russian-American military co-operation”.

Mr Lavrov and Mr Kerry stressed that the plan could pave the way for a political transition.

“The plan is more prescriptive and far-reaching than any proposal to date and, if implemented by all sides, could allow political negotiations to take place on Syria’s future,” Mr Kerry said.

The United Nations envoy to Syria, Staffan de Mistura, welcomed the agreement and said the UN would exert all efforts to deliver humanitarian aid.

Fighting has recently escalated between Syria’s army and rebels in eastern Aleppo, where 250,000 people live.

On Sunday, Syrian government forces were reported to have recaptured parts of Aleppo which were lost to rebels last month, placing rebel-held districts in the city’s east once again under siege.

Mr de Mistura warned earlier on Friday that food and water shortages made the situation in Aleppo even more serious than previously, and that fuel supplies could run out within days.

UN humanitarian chief Stephen O’Brien told the BBC conditions in Aleppo had become appalling: “Eastern Aleppo is at the apex of horror, where any one of us, if we were there, would find life barely possible, let alone tolerable.”

The US and Russia support opposite sides in the conflict that began in 2011: Washington backs a coalition of rebel groups it describes as moderate, while Moscow is seen as a key ally of President Assad.