The latest session of the Syrian Constitutional Committee Small Body, which was suspended Monday after four of its members had tested positive for COVID-19, resumed Thursday afternoon here in Geneva.

A media statement issued by the Office of the United Nations Special Envoy for Syria said that the decision was made following additional testing and further medical and expert advice regarding four earlier positive tests for COVID-19.

“The Office of the United Nations Special Envoy has been officially informed by the competent health authorities that the nature of those cases is such that the Third Session of the Constitutional Committee Small Body can resume its meetings, with full social distancing and related precautions in place,” the statement said.

“Having consulted the Co-Chairs and committee members, the meetings will resume at 14:00 hours today at the Palais des Nations in Geneva,” it added.

The latest Syrian constitutional talks, which aim at paving the way for a political solution for the decade-long conflict in the country, opened here on Monday morning, then it had to be suspended after four delegates tested positive for COVID-19.

The Syrian Constitutional Committee, which comprises representatives of the Syrian government, the opposition, and civil society, was officially launched in Geneva on which Oct. 30, 2019 to draft a new constitution for the war-torn country.

The Committee and its Small Body held two rounds of sessions in November last year, without making any major progress.

The Small Body of the committee includes 45 delegates, 15 each from the three groups. 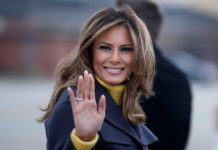 Biden inaugural rehearsal evacuated amid fire near US Capitol 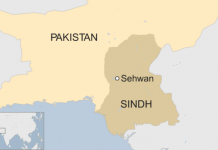