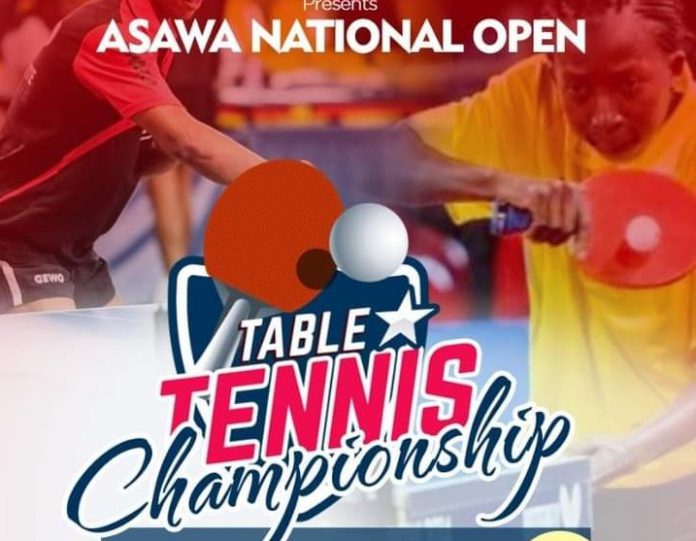 The Head coach of the Ghana Armed Forces Table Tennis Club, S/Sgt. Moses Tagoe of the 64 Infantry Regiment is the man of the moment after guiding his two players, Emmanuel Ofori and Eva Adom Amankwah to place first and fourth respectively at the recently ended table tennis championship.

Emmanuel Ofori defeated highly rated Emmanuel Commey of the Ghana Immigration Service 3-1 in the finals to clinch the first prize.

In an exclusive interview with the coach, S/Sgt Moses Tagoe described the performance of his players as incredible.

“They are young talents, with their performance they can go far in future. I loved their spirit and enthusiast, they didn’t give up and that is what we call determination. And at the end we won,” he said.

He disclosed that his ambitions is to win both local and international laurels with the team.

“It has been a while Army won the national league, so I will be working on that also and for the world military games,” he hinted.

S/Sgt Tagoe Moses reiterated the need for the players to uphold discipline and hardwork in all their endeavors.

“They should continue to be discipline when playing, they listen to me and play what I want them to play. That is match discipline.

“They must also work hard and that, I am sure will lead them to success,” he reiterated.

He, however, expressed his gratitude to the Sports Director of the Ghana Armed Forces, Col. B.B Pantoah and coach Annang White for the tremendous support towards the players success.

He again hinted that the team is poised for action and also ready to make Ghana Armed Forces proud.

S/Sgt Moses Tagoe of the 64 Infantry Regiment has been stirring the affairs of the team for the past 6 years with vast experience in the game.

In 2013, S/Sgt Moses Tagoe won the Lebanon Champion medal after participating in the open sports table tennis competition in Accra.

Under his care in 2018, two of his key players Samuel Akayade and Celia Baah Danso were awarded by SWAG for exhibiting spectacular performances.

NPP government has a track record of success – Bawumia

Christians Urged To Entrust Their Lives Entirely To God For Success