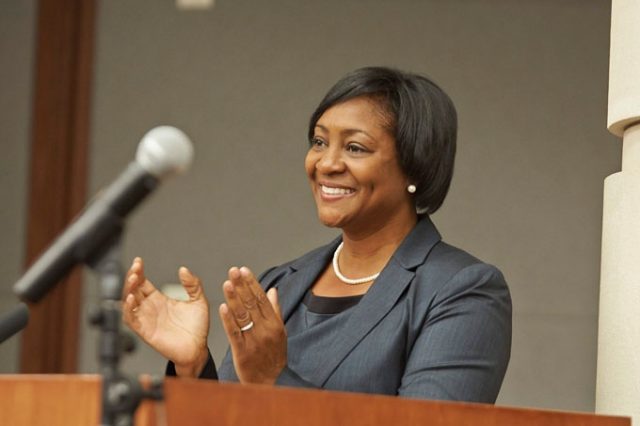 La June Montgomery Tabron is the president and CEO of The W.K. Kellogg Foundation (WKKF), one of the largest philanthropic foundations in the United States.

The first African American to head the foundation in its 83 year history, Tabron 54, is a native of Detroit, United States. She was raised in a family of ten children in inner-city Detroit, and studied at the University of Michigan graduating with a business degree in business administration. She also has a Master’s degree in business administration from the Kellogg Graduate School of Management at Northwestern University

Tabron has a long history with the W.K. Kellogg Foundation (WKKF), having started her career there at the age of 24. She began as a financial controller and rose in the ranks of the company within a time span of 26 years, into her current role as the president and CEO in January 01, 2014.

This woman of colour has set the pace for many more to come.