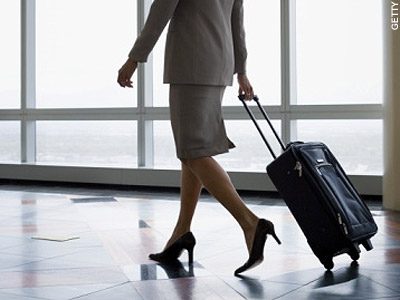 One of the best aspects of travel is the break from routine, which for many of us means relief from the stop-and-start traffic of the daily commute. So why sit behind the wheel when you’re on holiday?

While road-trips have their own appeal, navigating unfamiliar roads can detract from the adventure and exhilaration. Kevin Leung, British Airways’ commercial manager for Ghana and Kenya, suggests a few UK journeys that don’t involve driving.

If you’d like to really stretch your legs, it’s possible to walk the 300kms from the source of the Thames River (www.nationaltrail.co.uk/thames-path) in the Cotswold Hills to its mouth in Greenwich, passing through the ancient university city of Oxford and other historic towns, with good facilities along the way, including restaurants, pubs and a variety of accommodation, from the functional and rustic to the swish and swanky.

But if day after day of hiking isn’t your cup of perfectly brewed Earl Grey tea, strolling along the Thames in London itself offer a wealth of experiences compressed into a shorter distance (https://tfl.gov.uk/modes/walking/thames-path). There are immediately recognisable landmarks like Tower Bridge, Canary Wharf, the Houses of Parliament, the London Eye and so on. But there’s also wealth of galleries, gastropubs and museums, including the ships like the clipper Cutty Sark, the battleship HMS Belfast, and the Golden Hind II, a replica of Sir Francis Drake’s galleon, which, like the original, has sailed around the world.

London is a river port with centuries of rich maritime tradition and a good way to sample that is aboard one of the many cruises and ferries (www.thamesriverservices.co.uk), but messing about in a boat of your own is a good way to see foreign climes and it’s generally easy, even if you don’t have any major sailing skills.

One example is the canal-boat cruises on the waterways of the UK, offering a sedate, quiet way to tour the island. Increasingly, the barges run on electricity rather than diesel, making the voyages even quieter. There are dozens of routes to choose from, like the Llangollen Canal in Wales, which includes the spectacular Pontcysyllte and Llangollen aqueducts. The latter has been dubbed the Stream in the Sky, an aqueduct over the Telford Valley: sailing a boat along a stone canal, 125ft above a verdant valley is unforgettable (www.andersenboats.com).

Other cruises take you through the Brecon Beacons mountain range, or through Shakespeare’s stomping-ground of Stratford-Upon-Avon, and on some canals you can opt to have your barge pulled by a horse, for a taste of Industrial Revolution retro (www.horsedrawnboats.co.uk). The canals are steeped in history and heritage, but that doesn’t mean settling for fusty fare and sad garage-pies: there’s no shortage of good eateries and gastropubs along the waterways. If helming a barge doesn’t float your boat, you can opt for one with a skipper and crew with www.hotelboating.co.uk and focus on the countryside and its attractions, while your meals are cooked for you.

Bicycle tours offer a slightly more strenuous way to see the UK, with routes through some remarkable, scenic countryside and picturesque villages. One favourite route is through Oxford; another is the single-track route in the Cairngorms National Forest in the Scottish Highlands, while a coast-to-coast ride across Scotland challenges fitter riders. See http://blog.biketours.com/scotland-mountain-biking-report/.

He concludes that the cooler, shorter days of winter mean fewer crowds in areas which can get busy in summer. It also means an opportunity for long evenings with log fires, mulled wine and hearty food. And of course, the south-north route from Ghana to the UK means there’s no jet-lag.

Delegation Of Dozen Top Principals From UK To Visit Ghana

US President will not travel with delegation to Queen’s funeral