Some workers of the Ghana Household Utilities Manufacturing Company Limited (GHUMCO), the epicentre of Tuesday’s explosion, have said that they have had to work in the Chinese-operated company operated without Personal Protective Equipment (PPEs).

GHUMCo manufactures metallic cooking utensils and household items and gas is an essential material in their line of work.

However, no prescribed PPEs are giving to the workers. As a result, the workers have had to work without PPEs. Speaking to Citi News, some workers of the company complained that they are suspended each time they speak about their safety.

“Our safety is substandard. Management has no regard for our welfare. I protested once, but was suspended for one month without pay”, one worker told Citi News. Another said “we wear our own clothes when we are working. No safety boots, no trousers, no gloves, nothing. Sometimes our clothes are tattered but they have no concern.”

Narrating how the explosion happened within the compound, one of the workers expressed surprise that the gas was discharged when they were working on the premises, saying it was highly irregular.

He said “when gas finishes, we are made to go home for the refueling to be done. We return after refueling. I was surprised that this time round the gas was discharged when we were on site and the oven was on. I was working on the oven when we smelled the gas leakage. We therefore turned the oven off and ran away.”

Meanwhile, Production Manager of GHUMCO, John Andrews Ammisah has denied the worker’s account. He said on Skyy Power Fm that the workers are simply making up allegations. He said, “it’s not true. When things happen like this people say so many things which is not true”

When asked the exact Personal Protective Equipment (PPEs) given to the workers, he was however unable to name them. “What i know is that they are given a safety talk every morning. Sometimes when you give them the PPEs they don’t even wear them you have to force them to wear it.” 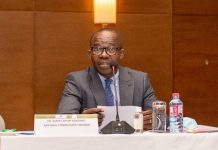 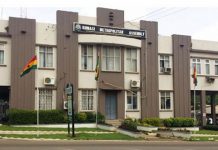 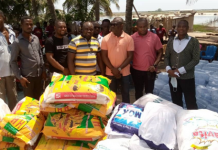