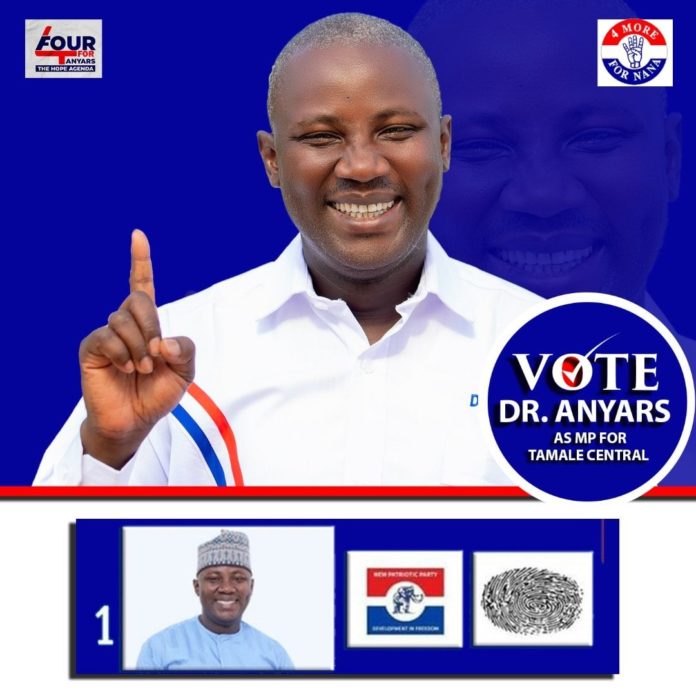 According to Independent Observer analysis, the youth of Tamale Central in the Northern region are calling for a change in their political system at today’s elections since they have voted long enough for the opposition NDC but have benefitted nothing.

Reports indicate that the youth have therefore rallied behind the NPP Parliamentary Candidate, Dr. Ibrahim Anyars, as their favourite to carry the day after today’s voting.

They claim they are tired of autopilot voting which has brought virtually nothing to better their lives.

“The NDC Candidate, Murtala Mohammed has been campaigning all over the place with no message. We find his campaign very empty; on the other hand, when you take a close look at Dr Anyars, he is full of developmental ideas, that is the kind of leader we need. Tamale Central will see change this time around in 2020,” the youth confessed.

The door-to-door community campaign ever since it was undertaken has drawn thousands of people close to Dr. Anyars a clear indication of a win for Dr. Ibrahim Anyars and an advancement of NPP’s electoral fortunes in Tamale Central.

It is evidential that since 1992, Dr. Anyars’ community campaign has pulled voluntarily large crowds than any other NPP gathering in the Constituency.

Since the inception of the fourth Republic, Tamale Central which metamorphosed from Choggu-Tishegu in 2004 and covered areas of contemporary Tamale North and Sagnerigu constituencies have never voted for the NPP, the closest was in 2000 when Dr. Adam Mohammed Amin (Anta) lost by 349 vote margin. Tamale Central needs to give NPP the chance this year.

They say to whom much is given, much is expected, the constituency, the heartbeat of Northern Ghana has not received much from the NDC. All major developments from infrastructure to human capital development has come from the NPP in power. A bigger reason NPP should be given the opportunity.

The constituency is heavily populated with women and youth, which makes it bustling all the time. An active MP who understands their needs will help not just make laws but actively lobby to improve the enormous human capital in the constituency. So far, only the NPP has proven to understand this with the launch of the TamalePreneurship Fund (TPF) by Dr. Barhama Anyass (The NPP Candidate) through his Repairer Foundation. To support the youth and women.