The Tamale Teaching Hospital (TTH) has embarked on a free breast screening for women in the Metropolis as part of activities to mark this year’s Breast Cancer Awareness Month.

The month-long exercise, to be concluded at the end of October, seeks to provide care for women with breast cancer by examining their breasts, counselling them on appropriate care and scheduling positive cases for imaging tests and tissue diagnostics to put them on the necessary treatment.

Since the start of the exercise, more than 1,000 women had been screened, with about 20 per cent having challenges with their breasts.

Dr Mohammed Sheriff, Specialist at the General Surgery Unit at TTH, who elaborated on the exercise in an interview with the Ghana News Agency, said the Hospital was poised to reaching out to many women in the Metropolis and beyond to protect them from the disease.

“We have been able to pick quite a number of lumps and we have counselled them variously on how they are going to go about with their daily lives,” he said.

“Especially for those we could not pick lumps, who have significant risk factors for cancer, we counselled them on the need to regularly do self-examination and whenever they identify any such lumps in their breasts, they should quickly report for us to evaluate further to see if it is something we have to treat or not.”

Dr Sherrif said, going forward, the team had advised those who had been diagnosed or suspicious of lumps to contact it for further imaging tests as well as subsequent tissue diagnostics to establish the actual diagnostics and put them on treatment.

Dr Egho-promise Osohon, the Medical Officer and Acting Head of the Tamale Polyclinic, said the myths surrounding the disease led to low reportage in the past but the situation was improving.

He said: “For the past three years, we have been organising this programme, and as at 2018, we had about 345 people and those who had different types of abnormality were about four per cent.”

“In 2019, we had about 779 clients and about 11 per cent of them had challenges with their breasts. This year, we have screened more than 1,000 people already and those with challenges are about 20 per cent. So, because of these annual events, it has been able to bring us a lot of people, who had challenges without knowing.”

She was happy that many patients, who had the disease without knowing, were on chemotherapy, some discharged and others testifying to others of the importance to get screened.

Some of the beneficiaries commended the TTH for the exercise, saying it would help to keep them safe.

October is observed as Breast Cancer Awareness Month, which is an annual campaign to increase education on the disease to ensure every woman goes through screening, had treatment and support.

According to the American Cancer Society, there are more than 270,000 new cases of breast cancer and nearly 42,000 deaths annually due to the disease, which is the second most fatal cancer in women. 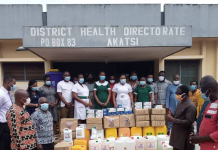 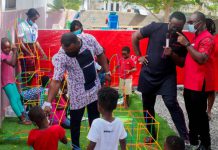