The programme, which is full-time, was introduced in the 2013/2014 academic year and has 29 students, who are currently doing their National Service in the various media houses in the Northern Region and other public institutions across the country. 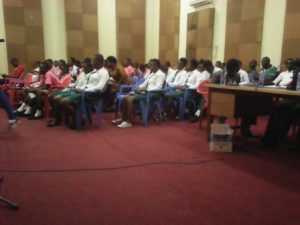 Dr Michael Akurigu Brigande, the Dean of the Department and the initiator of the programme, on phone stated that, the Tamale Polytechnic “as the only Polytechnic and now Technical University running the media programme”, the Department, as far as the Institution is concern, is poised to hosting “a top-up programme” for students who hold Diploma in Communication in the coming years.

He said the top-up programme would be a three semester period with the last semester being fervent on the student`s project work.

Dr Brigande indicated that, the University also has an FM station where students were trained to have the technical skills and experience.

The students, he said, were also subjected to a one month intensive monitoring attachment to the various media houses in the country for field experience with seasoned journalists for further experience on the job in the field during the period of their studies in the school.

Subjects in this programme include; Broadcast Journalism, TV and Radio Broadcasting, News Reporting Styles, Print and Photo Journalism, models of Media Communication, Modern English Structure and Usage, essential English for Journalists and many other media related programmes that equipped the students with the skills of a modern professional journalist.