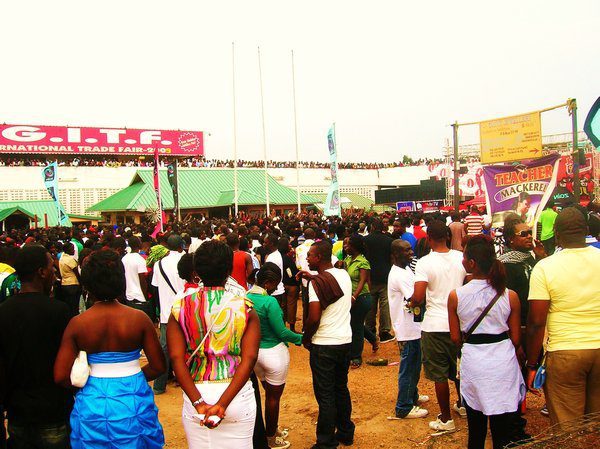 Ghana Trade Fair Company to host the 20th edition of the International Trade Fair in Tamale.

The event under the theme: “Two Decades of International Trade Fair in Ghana: Exploring Business Opportunities in the SADA Zone of Ghana”, aims at showcasing a vast wealth of business and investment opportunities across the zone.

Stakeholders are optimistic that the fair holds great promise and will inject momentum into economic activities and ultimately create jobs and improve livelihoods.

Speaking at the opening of a two-day planning committee workshop in Tamale towards the successful execution of the fair which is slated for February 25th to March 7th 2016, the Chief Executive Officer of SADA, Mr. Charles Abugre pointed out that the SADA zone, even though endowed with a lot of resources, is relatively underdeveloped and characterized by high levels of poverty.

He expressed worry over the slow progress to attaining poverty reduction in the area and made a clarion call to all stakeholders to give the region the needed attention. Abugre intimated that the savannah zone occupies more than half the land area of Ghana and one-third of its population as well as a huge deposit of untapped tourism potential.

According to him, a recently published poverty map of Ghana by the Ghana Statistical Service and the World Bank, reveals a sharp contrast between the two halves of the country. Whereas the population of people living in extreme poverty in most districts in the southern half fall below 20%, that of the northern belt accounts for more than 70%, a situation he described as worrisome.

Asked why Tamale was chosen as the preferred location for the 2016 international trade fair, Mr. Abugre explained that Tamale is the only place with the basic infrastructure to host an event of such magnitude and added that the infrastructural gap rather presents opportunities for investors to take advantage of. He therefore encouraged investors and prospective exhibitors to embrace the fair as a launch pad into the area.

On his part, the Chief Executive Officer of the Ghana Trade Fair Company Ltd, Dr. Erasmus Koney stated that, the motivation for accepting SADA’s proposal to organize the trade fair in Tamale falls in line with the trade fair company’s rebranding agenda to ensure equity in organizing trade exhibitions across the country.