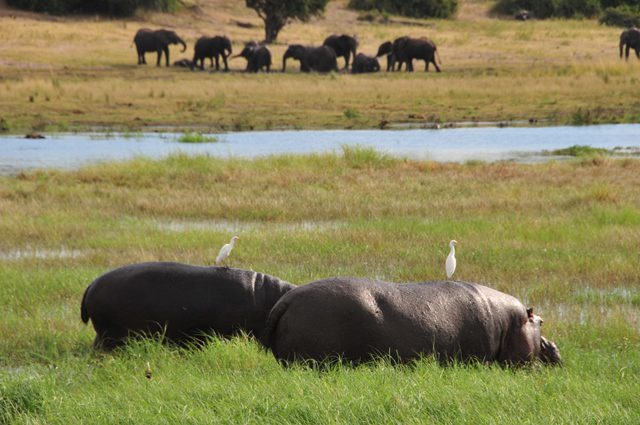 Tanzanian conservationists and wildlife experts in the Ngorongoro crater said on Saturday they are thinking of releasing into the wild, Fausta, a 63-year-old female black rhino, believed to be the oldest in the world.

Freddy Manongi, Chief Conservator for the Ngorongoro Conservation Area Authority (NCAA), said the aged female rhino was sent into a cage after being wounded by hyenas and eventually being perched by Oxpeckers.

“The rhino has stayed inside the cage for a month now,” said Manongi, adding that the rhino which has never given birth to any calves in its entire life is among more than 50 rhinos found inside the crater.

He said they are now thinking over releasing the rhino into the wild after its gaping wounds caused by the hyenas had started healing.

“Those hyenas must have taken advantage of her frailty which is why they attacked it, but we are determined to let it live for many more years,” Manongi said.

“This forced us to put it in a cage to protect it from further attacks as it was on record for being the oldest black rhino in the world,” he said.

The rhino’s thrust into the limelight comes three weeks after wildlife enthusiasts in Kenya mourned the death of Solio, the country’s oldest rhino which died at the age of 42 years, surpassing the average wild black rhino lifespan of 30-35 years.

Early this week, Tanzanian Prime Minister Kassim Majaliwa formed an investigative team to probe the mysterious disappearance of a male black rhino called John after it was moved from the Ngorongoro crater to the Sasakawa Black Rhino Sanctuary in the Grumeti-Serengeti game reserve where it reportedly died.

Rhinos are among the most poached animals in East Africa with their population dwindling, forcing authorities to keep them in protected areas.

The Tanzanian rhino management plan developed in 1998 set a goal of increasing the current population of black rhinos of 60 individuals to 100 individuals by 2018 through active metapopulation management.

Save the Rhino, a UK-based conservation charity, estimates that there were 500,000 rhinos across Africa and Asia at the beginning of the 20th century. Today, the charity says there are 29,000 rhinos in the wild. Enditem