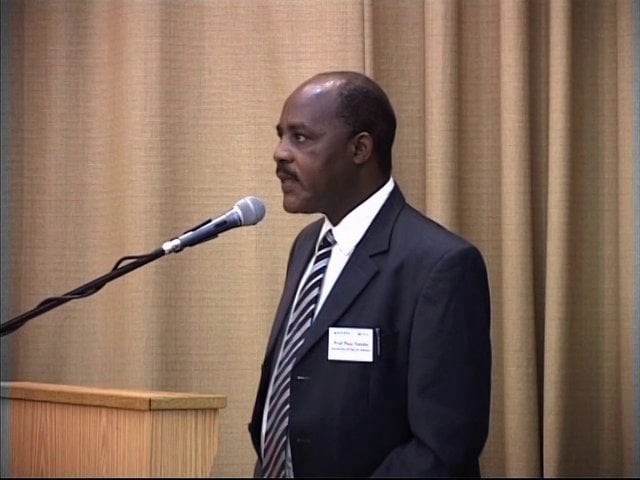 This was revealed at the national policy dialogue on domestic climate financing held at the Economic and Social Research Foundation (ESRF) in Dar es Salaam.

In findings of a study by Mr Pius Yanda and Mr Neil Bird on disbursements of international climate finance to Tanzania, it was noted that approximately 200 million US dollars each year was reported by OECD as being disbursed to recipients in Tanzania in support of climate change actions between 2010 and 2013.

Mr Yanda noted that international public support to climate change actions in Tanzania funded through official development assistance channels averaged USD 200 million each year between 2010 and 2013. A spike in the number of project records was evident in 2011, with over 300 project disbursements recorded.

For the other years, the average number of project disbursements would appear to be just over 200, it highlighted Speaking at the national dialogue, the executive Director of ESRF, Dr Tausi Kida said the climate Smart Agricultural (CSA) practices programme proposes the transformation of agricultural policies and agricultural systems to increase food productivity and enhance food security while preserving the environment and ensuring resilience to a changing climate.

She noted that FANRPAN supported by COMESA and in collaboration with local partners and other development partners seeks to promote domestic climate financing in Africa.

?Thus the study being presented addresses this information constraint by reviewing international climate finance disbursements over a four year period, as recorded at both the international and national levels.

It follows on from the national analysis of climate finance delivery prepared in 2013,? she said.

The study found that energy sector received the most support for the years studied, reflecting the predominance of support for mitigation actions; adaptation funding has been channelled principally through the water and sanitation sector.

According to the study, energy, in particular electrical transmission and distribution, together with transport, were the sectors that received the most international mitigation finance between 2010 and 2013.

The study says that water and sanitation was the sector prioritised by international donors in supporting adaptation actions, as was agriculture.

Similar to mitigation flows, adaptation finance appears to be channelled mainly through the national government (although only one per cent of overall funding was delivered through general budget support),? noted Mr Yanda.