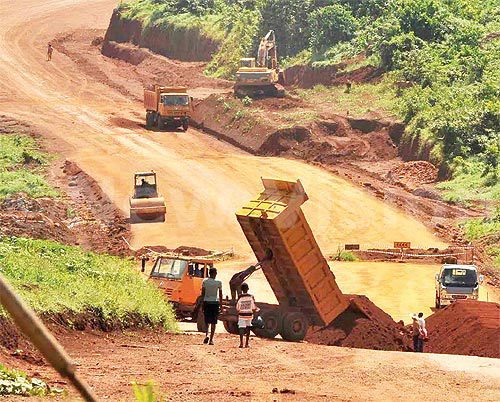 The 234.3 kilometer Arusha-Holili/Taveta-Voi road, which costs 65 million U.S. dollars is funded by the governments of Kenya and Tanzania together with the African Development Bank (AfDB) and the Japan International Cooperation Agency (JICA). The road is considered fundamental for the regional integration which will establish the missing road network linking the regional infrastructure corridor.

President Magufuli said the road will promote trade and economic growth in both Tanzania and Kenya as well as in the East African region at large.

“This will also enhance industrialization in the region and boost free trade movement among local people of the region,” he added.

Kenyan president Uhuru Kenyatta encouraged Tanzanians to freely engage in trade with Kenyans, urging fellow leaders in the East African region to remove unnecessary conditions that had hindered economic development of the region.

“Let us ignore the imaginary borders and other unnecessary conditions so that our people can freely trade and intermarry, our ultimate goal is to end poverty among our people,” said the Kenyan president.

The launch of the road marked the end of the East African Community (EAC) Heads of State summit which took place in Arusha on Wednesday. Enditem