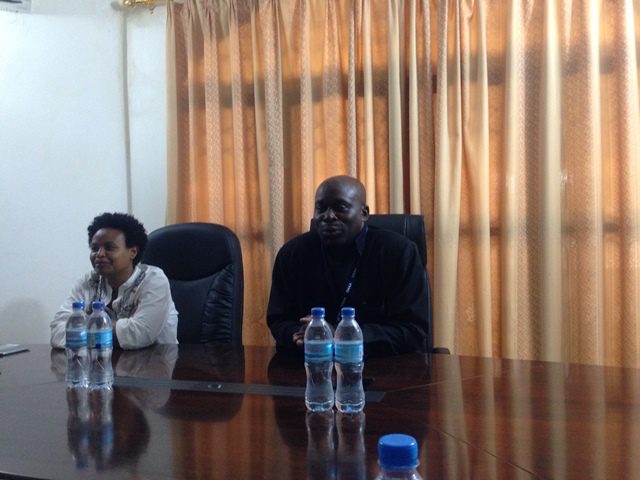 ?? Julius Z. Moshi, Manager for Planning, Research and Development of the TMAA of the Ministry of Energy and Minerals, disclosed this to 13 visiting members of the Institute of Financial and Economic Journalist (IFEJ) from Ghana.

?? He observed that minerals smuggling and illegal trade used to be a common practice along the borders of the East African country that robbed it of huge sums of dollars.

?? To fight the minerals smuggling and illegal trade, the TMAA put in place measures, including establishing special desks at major airports across the country.

?? Moshi said the aim of stationing auditors at the airports was to inspect and verify minerals transported in and out of the country through the airports.

?? Since the new measures were put in place, he said 53 smuggling attempts had been reported for the period July 2012 to August 2014 that involved minerals worth 15.8 billion Tanzanian Shillings (Ts) or 9.88 million United States (US) dollars.

?? TMAA?s auditing of building materials and industrial minerals in Central, Eastern, Lake Victoria, Northern, Southern, South Western and Western zones has facilitated collection of royalty amounting to 5.2 billion Ts or 3.25 million dollars for the period from June 2011 to August 2014 as against 3 million Ts a year collected by the government from the respective miners.

?? The agency collaborates with Lake Victoria Zone to monitor and audit production and sales of gold through vat-leaching operations.

?? He expressed the commitment of the TMAA to keep tracking the mineral resources of the country for the benefit of the entire citizenry.

?? The TMAA is a semi-autonomous institution established in November 2009 under the Executive Agencies Act, Cap. 245.

?? It took over the functions previously undertaken by the Minerals Auditing Section, locally known as the Gold Audit Program (GAP), in the Minerals Department under the Ministry of Energy and Minerals.

?? The TMAA aims to facilitate maximization of government revenue from the mining industry through effective monitoring and auditing of mining operations and ensuring sound environmental management in the mining areas.