A joint conservation project has seen the return of whale sharks on the Mafia Island, located in southern circuit of Tanzania and the Zanzibar archipelago, authorities said on Friday.

Amani Ngusaru, the WWF Tanzania Country Director, said the return of the whale sharks will make Mafia Island a leading tourist destination in the world.

The project to recover the whales has been made possible by joint efforts by the World Wildlife Fund, in collaboration with the Mafia District Council in Coast region, Sea Sense, an organization on conserving threatened marine species, the Whale Shark Conservation Society (WCS) and the Tanzania Fisheries Research Institute (TAFIRI).

Ngusaru said the 3-million-euro five-year whale shark conservation project has witnessed the return of the whale sharks population estimated at between 100 and 140 individuals, mostly juvenile males.

“We need to ensure that these types of fish continue to be in the area after they vanished for a long period of time for poor conservation,” he said.

He said the whale sharks on Mafia Island disappeared from the 1960s only to return back in the early 2000s thanks to good conservation methods.

Ngusaru said the whale sharks were a big tourist attraction and could draw hundreds of thousands of tourists every year, which could in turn provide income to villagers on Mafia Island and the country at large.

WWF Tanzania’s Marine Program Coordinator Mathias Igulu said until recently, whale sharks were not commonly found on Mafia Island and conservation efforts have revealed it was possible to restore the environment to its previous state through collaborated efforts.

“The environment has proven to be conducive for the whale sharks to co-exist with other fisheries and marine resources in the area,” he said. Enditem 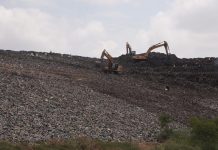 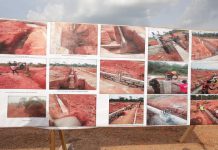