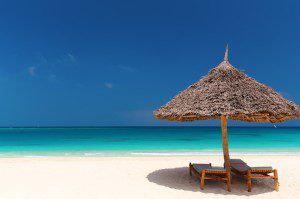 The Tanzania’s leading tourist destination Ngorongoro Conservation Area has experienced a sharp drop of tourist vehicles getting into the Ngorongoro Crater, senior official of the wildlife sanctuary said on Wednesday. Adam Akyoo, Public Relations Manager of Ngorongoro Conservation Area Authority (NCAA), said that the situation has been caused by the outbreak of Ebola disease in western African countries and a series of terrorist attacks in neighboring Kenya.
“We are highly affected with those two factors,” he said, adding that before, an average of 300 tourist vehicles used to get into the Ngorongoro Crater per day, but now only an average of 20 vehicles were registered per day.
“This is a very serious situation in this country’s leading tourist attraction,” he said.
Akyoo said NCAA was working on establishing other alternative measures including erecting a storey building in Arusha city center, which will be used for economic investment.
“We are expecting to spend about 250 million U.S. dollars for the completion of the proposed storey building in Arusha,” he said. “The idea is to make revenue of the NCAA remain intact at the time when doldrums like this happens.”
Ngorongoro MP Saning’o Ole Telele suggested the need for the NCAA to embark in a serious campaign to promote domestic tourism.
“What we are seeing now is a wake-up call. Let’s start encouraging our people to inculcate a culture of visiting our tourist destinations. Though they’ll be paying a little money, but that will make us continue with our wildlife conservation efforts, ” the MP said.
Catherine Mbena, communication manager at the Tanzania National Parks (Tanapa), admitted that the country’s tourism industry was passing through a very difficult time.
“The current trend hadn’t happened before,” she said.
For the past two years, the Tanzania’s wildlife fully-packed caldera recorded nearly 700,000 tourists annually which is high compared to other parks.
However, the recent trend sends a shockwave to the country’s tourism industry, which ranks top in contributing to GDP.
The situation also ruins country’s endeavors of increasing number of foreign tourist arrivals to more than 2.5 million by 2017. Enditem