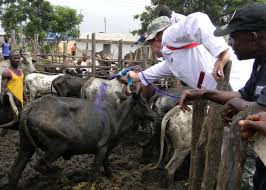 Tanzania’s livestock authorities on Monday ordered a crackdown on fake veterinary doctors who were rendering poor animal health services across the country.

“The fake veterinary doctors around the country should be arrested and prosecuted. They are tarnishing the good image of the livestock sector,” said Luhaga Mpina, the east African nation’s Minister for Livestock and Fisheries.

A statement by the Ministry of Livestock and Fisheries issued in the capital Dodoma said Mpina made the order when he inaugurated three boards of directors for state-owned institutions dealing with the livestock and fisheries sectors.

The statement named the institutions as the Veterinary Council of Tanzania, the Livestock Training Agency and the Tanzania Marine Parks and Reserve Unit.

He said measures were underway to review livestock laws in order to mete out deterrent punishment to people who pretended to be veterinary doctors.