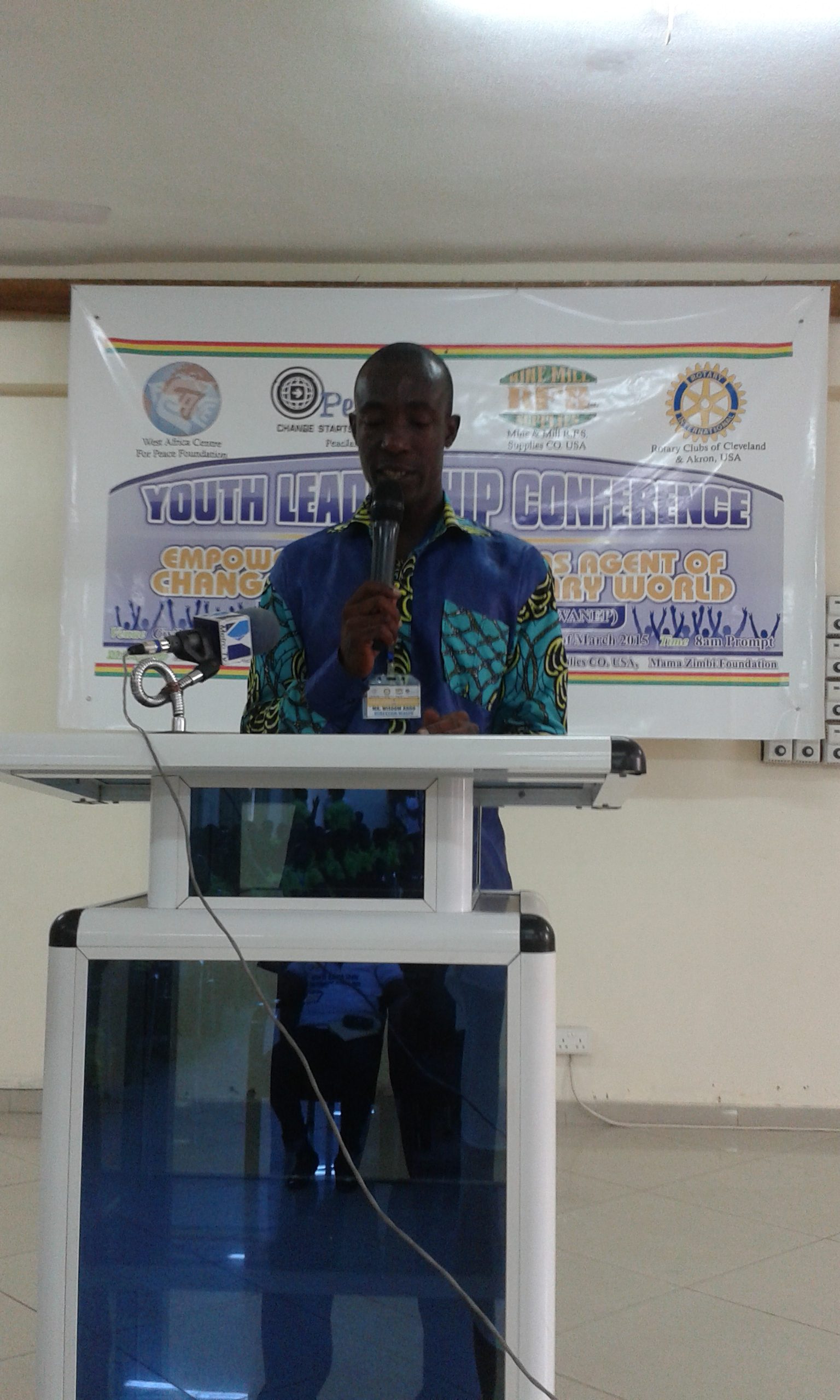 A youth conference, which aims at creating young leaders committed to positive change in themselves, their communities and world through the inspiration and wisdom of 13 Nobel Peace Laureates is underway in Accra. Through an open discussion and practical perceptive on mentorship development the conference, seeks to educate as well as empower the youth as agent of change and peace in the world.

Organised by the West Africa Center for Peace Foundation (WACPF) and sponsored by the Rotary Clubs of Cleveland and Akron, United States of America (USA) the conference is on the theme: ?Empowering the Youth as Agents of Change in Contemporary World?.

Mr Wisdom Addo, Director of WACPF, said the annual conference which began in 2008, would see the team embarking on an educational and community development project that would solely try to solve the economic, social, and environmental issues of students and their communities.

?We are dedicated towards the shaping of value-driven leaders who have the unique combination of character and competence to make a difference through whatever endeavour they choose,? he said.

Mr Addo said there was the commitment towards the use of expertise, time, and resource persons to help new generations of young leaders in understanding the qualities of leaders the society was yearning for.

?As leaders of change, you must learn to listen to others, analyze situations fairly, work co-operatively, communicate with those who you may disagree with, and solve problems effectively,?

?Irresponsible leadership has left serious mess for people to repair, due to the prevailing attitudes of selfishness, greed , ignorance and ?power drunkenness,? he said.

Mr Addo, therefore, advised the youth that, as they strived to be resourceful and good leaders, there was the need for them to be honest in a dishonest world, truthful in a deceitful world, righteous in an unrighteous world, selfless in a selfish world, diligent in a lazy world, peace-loving in a warring world, careful in a careless world and very compassionate in a heartless world.

Ms Karen Bijou Katahena, a Junior High School One Student of the Star of the Sea Roman Catholic Basic School, stated that peace as the second most important thing in the world and urged the citizenry, colleague students, and the youth to eschew social vices, including tribalism.

Ms Jane Clark, Information Officer and Press Attach?, United States Embassy, Accra, advised participants to take opportunities and challenge themselves to exhibit leadership skills by leading others towards the change they wanted to see.

During the open forum, other speakers also advised the youth to be logical and good problem solvers, and also take initiatives that would challenge them to connect to the continental level for productive goals to be achieved.

During their breakout session, participants were also urged to indulge in regional integration activities and learn from their own space as it would also benefit them in their chosen endeavours.

Participants made presentations of their one Billion Acts of Peace Campaign where certificates were also presented to mentors and participants.

Some participants who spoke to the Ghana News Agency expressed satisfaction about the conference and called for more of such educative programmes to be included in their curriculum.

?It has been an educative session, especially during our team building activity and service learning project, this needs to be practiced in our various schools,? one said.

WACPF is a non-profitable organisation with a diverse background, which aims at serving the young people in schools and communities through education on human rights, leadership training, and peace building.