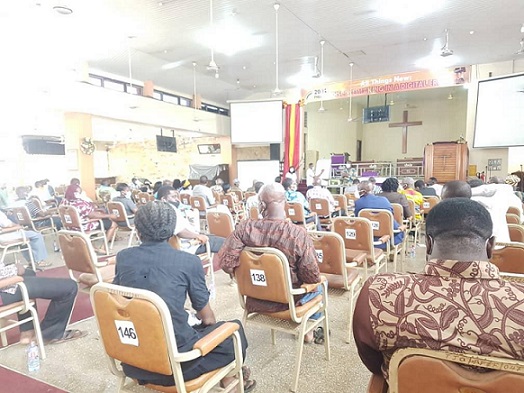 At the national level, Tarkwa-Nsuaem Municipal Assembly scored 70.43 percent for the sixth position.
Mr Benjamin Kessie, Municipal Chief Executive (MCE), disclosed this in an interview with the Ghana News Agency (GNA).
He said the assembly performed creditably well per the 17 indicators analysed and drawn from five major sectors for the DLT ranking.

He said: “Under education we ranked first among the 14th MMDA’s in the Western Region and 10th nation-wide. On health we placed first in the Region and 5th in the country.

This achievement, he said, showed how committed and arduously the assembly was working towards attaining their goals and targets for the overall wellbeing of the citizens.

Mr Kessie expressed gratitude to the coordinating director, heads of department, units and staff of the assembly for placing Tarkwa-Nusaem in an enviable first position, stressed that, “your commitment, dedication and passion to tasks has brought us this far and l am extremely grateful for the unwavering support to the actualization of my vision for the Municipality.”

The DLT is a tool developed and used by the National Development Planning Commission (NDPC) now UNICEF to track national development and highlight districts that are doing well and those having challenges in terms of well-being of their population, he explained.

According to the MCE, many a time, citizens raised issues regarding quality of service delivery and disparities in their wellbeing.

He stated that the DLT therefore provided a better understanding of the status of citizens safety in the municipality and generated action towards ensuring better prioritisation and equitable resource allocation.

It also afforded them the opportunity to increase social accountability around service delivery between the Municipal Assembly and the citizenry, Mr Kessie added.

We shall make Green Ghana a success – MCE Simons Sekyim

“Keta shall rise again” – Residents react to confirmation of MCE