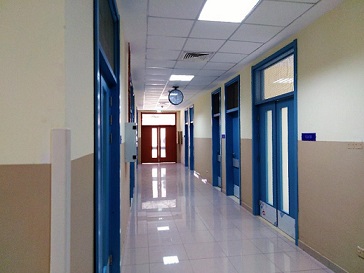 Chiefs of Tatale Traditional Council have called on government to upgrade their polyclinic to a District Hospital.

The Tatale Polyclinic was upgraded from a Health Centre to its present status Polyclinic and serves 174 communities with a population of over 75,155 people of the area.

Obore Gariba Yankosor said the Polyclinic sometimes referred emergency cases to Tamale Teaching Hospital, Zabzugu, Yendi Government Hospitals and with the Tatale to Yendi deplorable road it took three to four hours to drive such patients to the hospital.

He said majority of the people in the area were farmers who produced large quantity of yams, maize, cassava, millet, guinea corn amongst others and needed District Hospital.

He said some of the Togo communities who live along the Ghana-Togo border also attend the Polyclinic which making it crowded with patients frequent shortage of beds in the wards, OPD, laboratory, Dispensary amongst others.

Obore Gariba Yankosor said he had to collaborate with the Catholic Church and other stakeholders to ensure the upgrading of Tatale Health Centre to a Polyclinic Status adding that apart from the Polyclinic their Market needed a major expansion to befit its status as the district capital to generate revenue for the Tatale – Sanguli District Assembly.

He said they had acquired a land for the new market and appealed to Minister for Local Government and Rural Development to consider giving them a benefitting market.

He also called on his chiefs to eschew discriminations among themselves and unite in their diversity for the development of Tatale.

He advised the chiefs to ensure that the youth in their areas stayed away from drugs, gambling, and entertainment programmes that deprived them from academic, vocation and technical learning opportunities to acquire skills.