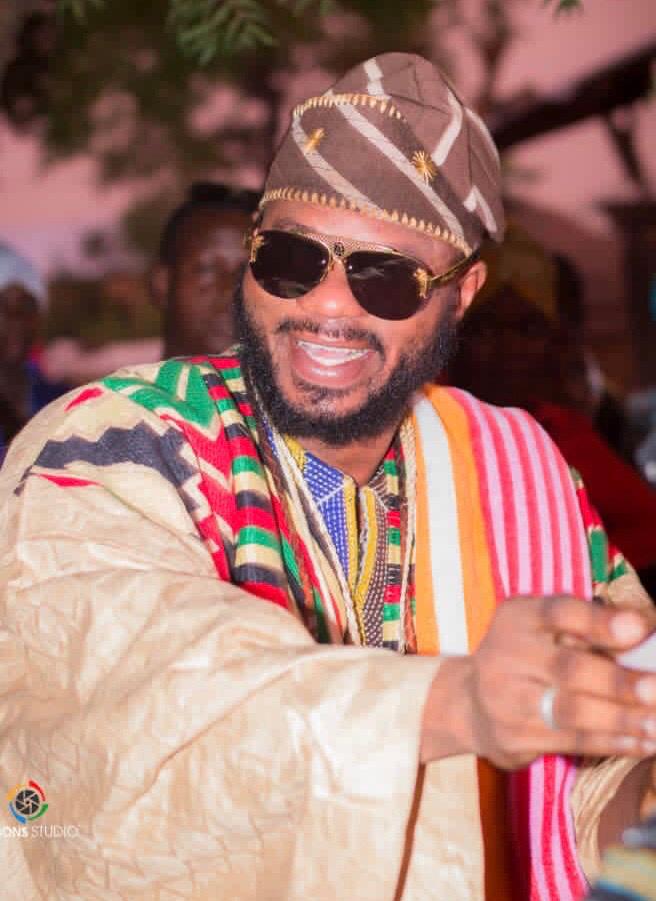 One of Ghana’s powerful and renowned spiritualists, Chief Naa Tia Salifu who is also the Spiritual Leader of the Kajebi Shrine in the Northern Region and Grandmaster of MDR Group in Africa, has called on Kwekubonsam to desist from seeking cheap popularity using the death of Prophet TB Joshua.

It would be recalled that few days after the demise of the Founder of Synagogue Church of All Nations, Prophet TB Joshua, Kwekubonsam a known spiritualist in Ghana came out claiming that he killed TB Joshua in a spiritual battle.
Kwekubonsam’s claims however was seen as a big “lie” by many people including Chief Naa Tia.
In a short Video released by Chief Naa Tia, for Kwekubonsam to make such claim shows how hollow he is spiritually.
According to Chief Naa Tia, Kwekubonsam cannot even kill a fowl hence he should stop the lies.
He said, commonsense would not even allow Kwekubonsam to be the first person to come out with such claim even if indeed, he is the one who killed TB Joshua.
“I want to make it clear that Kwekubonsam is a liar; he is seeking cheap popularity that is why he is claiming all these things,” he said.
Chief Naa Tia Salifu also mentioned that although it is good to know the truth, not even truth needs to be told and cautioned Kwekubonsam to stop the lies.
Chief Naa Tia Salifu however revealed that TB Joshua died in a battle with different groups and not in a battle with Kwekubonsam.