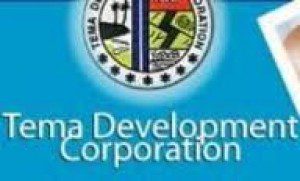 The Tema Development Corporation (TDC) has presented GHC1.2 million as dividend to the Ministry of Water Resources, Works and Housing to be used for social projects. The dividend is a significant improvement over GHC250,000 paid last year.

Mr Emmanuel Oko Adjetey, the Board Chairman, TDC, said it was the Corporation?s aim to present much dividend to the sector than it did last year and they have worked hard to achieve that.

He said the Corporation had also invested in projects which would enable them to pay higher dividend to the sector.

Mr Adjetey noted that, although the Corporation has been able to raise such an amount for the sector, they did so with the support of the sector.

Alhaji Collins Dauda, the Outgoing Minister of the sector, who received the money on behalf of the Ministry, said he really appreciated efforts made by the corporation this year.

He said TDC is much organized than many other state owned institutions in the country and very competitive with the private owned businesses.

He appealed to state owned organizations to partner privately owned foreign businesses and investors to promote the economy.

?We hope to rely on TDC and its partnership effort to help reduce the housing deficit we are facing today in the country?.

Alhaji Dauda said it is their hope to turn the corporation into a much credible and independent company that would not need to borrow from the government or any Non Governmental Organization in future to promote their operations.

?Although we are commending TDC for its good effort, we believe there still is more room for improvement?.

He expressed his gratitude to management of the corporation for the consistent efforts to give out the best to the state every year.