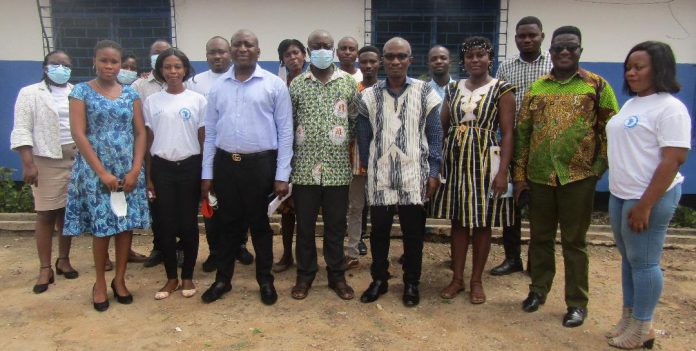 The TDC Development Company Limited has upscaled measures to stem the tide of the acute shortage in housing units, through the construction of affordable houses in Tema and its environs with a broadened market for citizens.

TDC through its enhanced mandate has outlined some key projects to be implemented within the medium to long term to meet the housing demand.

Mr Okwei noted that TDC while pursuing a pragmatic real estate developmental agenda, would not have its corporate social responsibilities of ensuring an improved and sustainable urban environment sacrificed.

He explained that as part of the TDC’s ongoing projects with a Public-Private Partnership (PPP) funding, it is developing an affordable housing project at Kpone, Community 26.

He said the project involved the construction of 150 blocks of flats, which would give a total of 3,016 apartments with service infrastructure and other complementary facilities such as commercial centres, schools, clinics, and police stations.

He said through its Internally Generated Funds, TDC had constructed 128 apartments with advanced biowaste treatment plant, with the first phase consisting of four 16 apartments, with two bedrooms each, completed at Site Three, Tema Community One.

A second phase of the project, which consist of four 16 Apartment, is currently ongoing.

In the Community 24 enclave, the third phase of the Housing Ownership Scheme – a gated community is ongoing under Public Private Partnership funding, with phase one and two consisting of 1,400 fully serviced residential and commercial plots, 14.4 kilometre of internal roads, 10.3 kilometre of peripheral roads, and 37.6 kilometre of the drainage system.

He said TDC in the medium to long term, envisioned constructing light and heavy industrial development along the Akosombo and the Aflao Road with proximity to the Tema-Akosombo railway line.

Mr Okwei, however, advised residents in Tema and its environs who might have developmental related issues to contact the various district assemblies within their localities.

He explained that the Local Government Act 936 provided district assemblies with the authority and mandate to develop their localities; and called on residents to channel their grievances on issues bothering poor roads, social developments, among others to the Assemblies.

He explained that before the coming into force of the Local Government Act, TDC which used to be a government institution was in charge of the development and issuance of permits in its acquisition area adding that the assemblies now had full responsibility for permitting.

He indicated however that as the company with the master plan for the area, they have a joint permit committee with the assemblies to ensure the orderly development of the area per the original layout of the areas.

Mr Francis Ameyibor, GNA Tema Regional Manager explained that the “GNA – End of Month Stakeholder Engagement and Workers’ Appreciation Day,” event also serves as a motivational mechanism to recognize the editorial contribution of reporters towards national development and to promote the Tema GNA as the industrial news hub.

The maiden programme, attended by the TDC Development Company Limited (TDC), National Commission for Civic Education (NCCE), and Information Service Department (ISD) was also used to deepen the working relationship with the stakeholders.