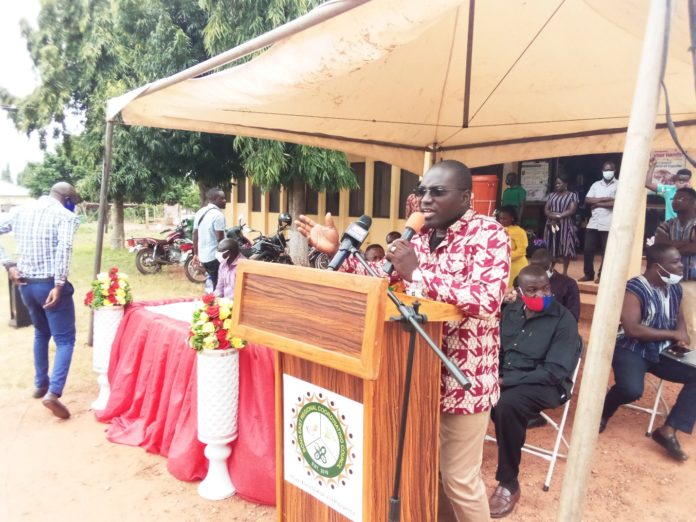 The Techiman Municipal Assembly has supported 108 Persons with Disabilities (PWDs) in the Municipality with cash and kind worth GhC90,720.00 to improve their livelihoods at a ceremony at Techiman in the Bono East Region.

One-third of the beneficiaries received items which included refrigerators and food processing equipment, while 72 of them had cash to pursue livelihood empowerment activities like education and business establishment or expansion.

Speaking at the function on Tuesday, Mr. Martin Agyei Mensah-Korsah, the Deputy Minister for Regional Re-organisation and Development stated, “disability is not inability”, hence beneficiaries must endeavour to make judicious use of the support so that it would empower them economically and socially in their communities.

Mr. Mensah-Korsah who is the Techiman South parliamentary candidate for the New Patriotic Party (NPP), assured government would be committed to providing the necessary assistance and opportunities to make life more comfortable for the less privileged, especially PWDs in the society.

He said the support, if used judiciously would greatly improve not only their individual livelihoods, but other members of the society because whatever amount of income to be generated could contribute in feeding them and other immediate relatives.

Mr. Mensah-Korsah therefore urged the PWDs, particularly those who had items to avoid the temptation to exchange them for money because that would thwart the effort of government and other stakeholders like the Assembly and render the support meaningless.

Mr. John Kofi Donyina, the Techiman Municipal Chief Executive (MCE), said the support was from the Assembly’s share of the disability common fund to support the PWDs to establish ventures as avenues of generating income for living.

Mr. Donyina praised President Akufo-Addo for the implementation of pragmatic social intervention programmes and policies such as the National Health Insurance Scheme, Free Senior High School education and free provision of water and electricity in this era of COVID-19 to relief the citizens of their socio-economic burdens.

He said that was an indication that the NPP government prioritises the interest and well-being of Ghanaians against parochial, self-seeking individuals’ interest and therefore urged the electorate to vote again for the NPP in the December 7 general election for the continuous holistic and speedy socio-economic development of the country.

Madam Georgina Afrah, a beneficiary and Chairperson for Ghana Society of PWDs, Techiman branch, commended government for the support and assured they would make the support a turning point to better their lives.