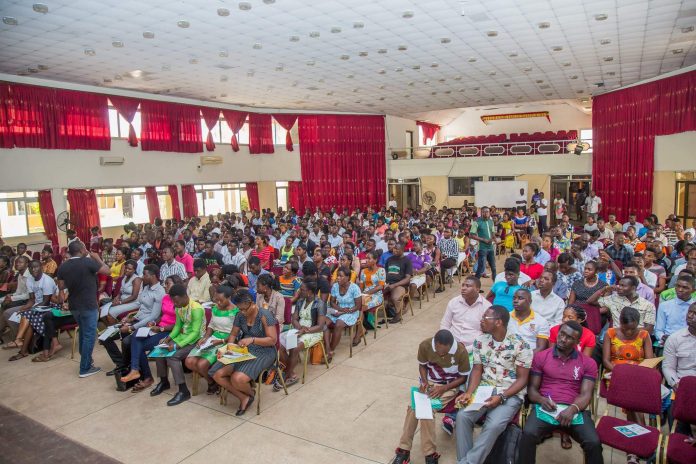 Professor Kwasi Yankah, the Minister of State in charge of Tertiary Education, has called on technical universities to build their capacities to ensure the success of the Technical, Vocational Education and Training (TVET) reforms.

He said they should also build enough faculty capacity to cope with the expected rise in student numbers as a result of the implementation of the Free Senior High School Policy while preparing themselves to admit the right calibre of vocation and skills-oriented students.

Prof. Yankah made the call at the 14th Congregation of the Kumasi Technical University (KsTU).

He said government was undertaking several reforms to improve learning outcomes in technical universities to ensure they became relevant to industry.

The reforms include a Five-Year Strategic Plan to retool TVET institutions and build new ones.

The Minister said the success of those reforms would depend largely on the capacity of technical universities to formulate policies and transform them into practice.

Professor Yankah pointed out that technological advances in agriculture, engineering, aviation, architecture, health, communication, education, pharmaceuticals, manufacturing, and mining among others had transformed the lives of many people.

The challenge for developing countries such as Ghana was how to harness those technologies to improve the lives of their people, he said.

He said it was, therefore, important for technical universities to build the skills and expertise of the youth to cope with those technological innovations and use them to improve their lives and society.

Prof. Yankah commended KsTU for the efforts at expanding infrastructure to accommodate the huge numbers of students, who would be enrolled in the next few years.

He also commended the management for introducing technical programmes, which were in line with the mission of the technical universities.

He urged the graduating students to explore self-employment as an option to public sector jobs, which were reducing day by day.

Professor Mike Acheampong, the Acting Vice Chancellor of KsTU, appealed to the Government to redouble efforts at retooling the TVET and commit more resources to the area to give meaning to its industrialisation agenda.

He advised the graduands to be weary of the get-money-quick schemes, which had the tendency to ruin their start-up capital as school leavers.