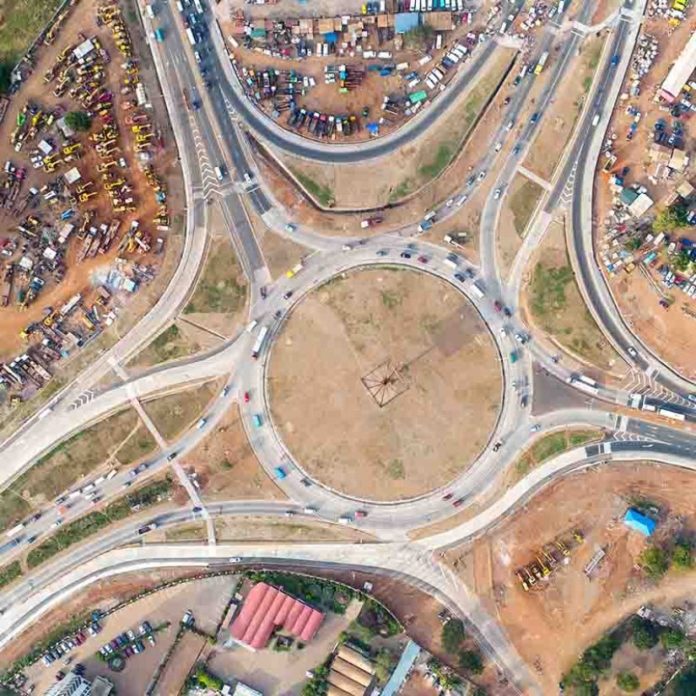 The construction works on the three-tier Tema Motorway Roundabout Interchange is 95 percent completed and would be open to traffic tomorrow Saturday, May 15.

Plans are ahead to concurrently commence sensitization of road users especially drivers on the new layout through signage and media screening of animation in English language and local dialects – Akan, Hausa, Ga, Dagbani, and Ewe.

Mr Yujin Uemura, the Project Manager, Shimizu-Dai Nippon JV, speaking to the media after a directional animation viewing session said all major construction works had been completed and that, the five percent, which includes grassing and tiding was on-going.

The Interchange is a $57 million project being financed under a grant from the Japanese government through its agency, Japan International Cooperation Agency (JICA).

The project will ease congestion from Accra to Aflao and onwards to Togo, as well as the Akosombo road.

Mr Uemura said hitherto, it took an average of about 10 minutes to meander through congestion in that section but now, the turn around time had been reduced to about two minutes.

Mr Roland Neequaye, the Project Coordinator at the Ghana Highway Authority said per the design of the interchange, it has an overpass with traffic signals while underpass has none.

He appealed to motorists to obey the directional signs to ensure sanity on the road. Asked about the likely traffic congestion that would occur on adjoining roads, Mr Neequaye, said there were plans to expand roads leading to the interchange.