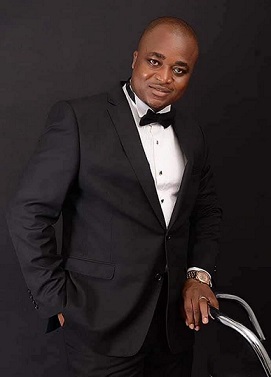 The Tema Traditional Council (TTC) has described as commendable the nomination of Mr Yohanes Amarh Ashitey as the Tema Metropolitan Chief Executive.

It said the nomination had met their expectations of having an indigene as the political head of the area.

The TTC, prior to the announcement, had held some press conferences to appeal to government to nominate an indigene for the industrial/harbour city.

Nii Amarh Somponu II, the Tema Stool Secretary, in an interview with the Ghana News Agency, expressed the Council’s satisfaction at the nomination following the announcement by the Local Government, Decentralisation and Rural Development Minister, Mr Dan Botwe.

“His nomination has met our expectation, government has listened to us and we are grateful for that,” he said.

Mr Yohanes Amarh Ashitey is a 43-year-old graduate of the Kwame Nkrumah University of Science and Technology and the University of East London, and is a Telecom Engineer with 17-years’ experience in corporate engineering, specifically mobile and fixed networks.

The nominee is also a former lecturer at Cavendish College, United Kingdom, and an old student of the Presbyterian Boys Senior High School, Legon.

With over a decade experience in frontline politics, he has served in several capacities in the Tema East Constituency as Elections Coordinator of the New Patriotic Party (NPP), Technical Advisor and patron of some committees of the Party in the 2020 General Election.

He was also as the Chairman of the NPP’s youth wing campaign team for both the presidential and parliamentary election in 2020.

Mr Ashitey is credited with improving network availability from 94 per cent to 99 per cent in his first year as the Regional Manager of Huawei for Volta and Eastern regions.

He is said to have empowered a number of youth in Tema through his educational support programme, which provided scholarships for needy but brilliant students, as well as jobs for some unemployed youth.