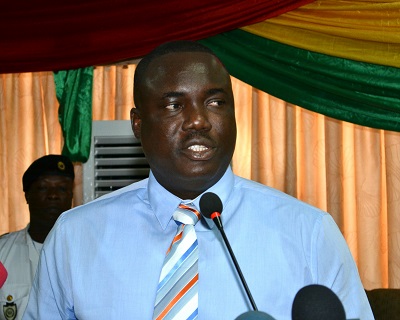 The Eighth Assembly of the Tema Metropolitan Assembly (TMA) has been inaugurated in Tema.

The members who were made up of 21 elected and 10 government appointees, swore the oath of office, allegiance and secrecy.

Nii Armah Soumponu, Tema Shipi, chairing the inauguration, reminded the members that their office came with responsibilities which must be discharged with commitment and dedication.

Nii Soumponu also urged them to support the Metropolitan Chief Executive and staff of the Assembly to pursue the Tema Restoration Agenda and other development programmes.

Mr Felix Mensah Nii Anang-La, Tema Metropolitan Chief Executive, in a welcoming address, said the success of every Assembly largely depended on the level of cooperation between the Assembly Members, the Chief Executive, management and staff of the assembly.

Mr Anang-La assured them that his administration was opened to new ideas and strategies to help generate more revenue for development.

Dr. Anthony Nsiah Asare, Presidential Special Advisor on Health, reading the President’s inaugural message, called the Assembly members to exhibit traits of selflessness, devotion to duty and the ability to deliver efficient services to improve on the quality of life of their electorates as they promoted prosperity in the area.

He noted that “one major function of the assembly is to explore avenues for the creation of employment for people particularly the youth.”

Dr Nsiah Asare charged the Assembly to use its bye-laws to enforce compliance in sanitation management and environmental health standards and rules, to ensure a clean and healthy environment.

Meanwhile, the TMA announced that the inauguration of the unit committee members and sub-metros would be done later.