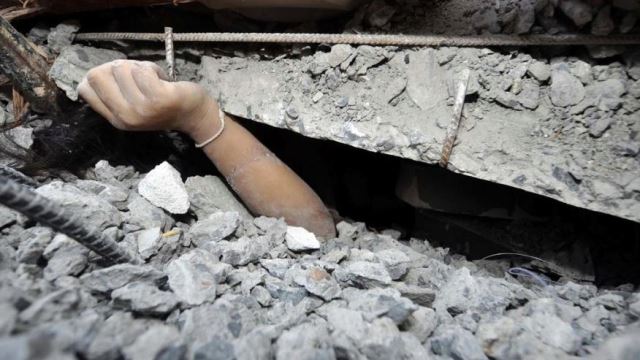 At least 10 people died and another 20 were feared trapped after a residential building that was due for repairs collapsed near Mumbai on Monday, police said.

Thirty-two people were rescued from the debris of the three-storey building in the congested Bhiwandi area. Twelve of the 32 had sustained injuries, local police inspector Maloji Shinde said.

“Ten bodies have been recovered from the site after the building came down early Monday,” police officer Kailas Tokale said, adding that the rescue work will continue till Tuesday.

Police said the building was over 35 years old and needed repairs but that the residents did not vacate the building despite being served notice.

Teams with specialized equipment and sniffer dogs from the National Disaster Response Force were continuing operations to rescue 15-20 people still believed to be trapped in the rubble, Shinde said.

Prime Minister Narendra Modi expressed grief about the accident and instructed local authorities to provide all possible assistance to the victims.

Building collapses are common in India, usually due to shoddy construction, substandard materials and disregard of regulations. Many of these accidents occur during the monsoon season.