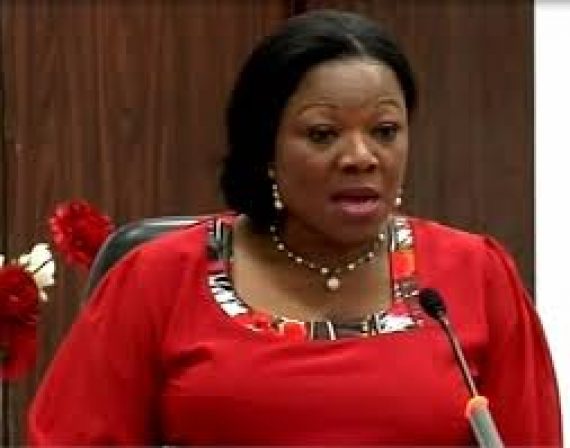 The Department of State Services (DSS) on Tuesday said the rejection of N14million by its Director deployed to oversee last Saturday governorship election in Osun State is the cause of misunderstanding between it and one of the opposition political parties in the country.

DSS Deputy Director in charge of Media and Publicity, Marilyn Ogar, who disclosed this at a press briefing organised by the National Information Centre (NIC), said the Services will at the appropriate time lay all the details on the table.

Ogar said: ?I want to tell you that there is a big man occupying a very sensitive position in Osun State. The man should thank his God that it was not the DSS that arrested him with a huge sum of money.

?In the past, people would not be making these allegations that they are making. We should not abuse people?s goodness. Right from last week we have warned that political parties should as much as possible leave security forces out of politics. We are not partisan and we want to remain like that. We are to provide enabling environment with which people will cast their vote and that is what we have done,? Ogar stressed.

The spokesperson of the DSS also said that the same security forces that assisted in the election in Edo, Ondo, Anambra, Ekiti were the same security team that went to Osun, adding that before the DSS would post men and materials for any operations, it pays their allowances up front, saying with such arrangement, officers and men of the DSS cannot be induced with money.

She declared: ?What I am saying to you is that the Director that was in charge of election duty in Osun as it pertains to the DSS was asked to come and collect N4 million for self and N10 million for the hooded men because we have said our men were hooded in our operational outfit, but because the money was declined, that is the offence that the DSS has committed.

?We are well paid and I can say it categorically that our operations are well funded. People should stop using money to entice security forces. The government that engaged us has the capability of taking care of us.

Tension In Nkwanta South Over Distribution Of Premix Fuel

Tension In Osu Over Illegal Installation Of New Chief