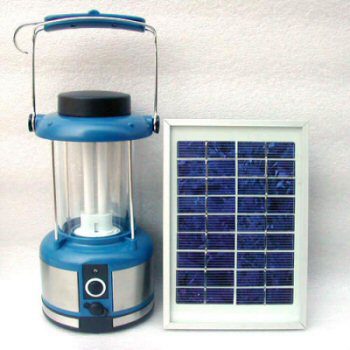 Information gathered from the Central District and its surrounding communities has it that residents including Chiefs of the 150 communities are bracing up against the Presiding Member, Mr Frank Agbozo and the Yapei Kusawge NDC Constituency Secretary George Dowokpor and others who are believed to be aiding them in selling the solar lamps to residents even though they are to be distributed for free.

According to our information, Mr Agbozo and Dowokpor are selling each lamp to the people at a cost of GH?30.00, with an explanation that they are to pay GH?130.00 for each but the Deputy Minister for Energy Hon. John Jinapor had paid GH?50.00 on each of the lamps whilst the Ministry itself also paid GH?50.00.

In ensuring that residence settle the remaining cost of GH?30.00, Agbozo and Dowokpor decided to pass it on to the beneficiaries, who are rising against them and accusing them of extortion.

According to residents they are fully aware that the lamps are to be distributed to them t no cost, and that the decision by the two to take GH?30.00 from them is an act of insensitivity and wickedness.

They are therefore calling on government to institute a committee of enquiry into the issue so as to avert any bloodshed.

However, in an interview with the Presiding Member, Mr Agbozo, he confirmed collecting the said amount of GH?30.00 from each beneficiary, but explained that, that was to take care of transportation cost.

He also said, so far only 500 lamps were brought for distribution and that due to transportation challenges, they have communicated to beneficiaries about the need to pay the said amount so as to fast track the acquisition of the next batch of lamps.

He also alleged that some beneficiaries who have already had their share of the lamps, have been selling them at GH?150.00 each. This action, Mr Abozo noted, will not help and asked them to desist from the act.

Mr Agbozo also indicated that the payment of the said amount is necessary and that residents should see reason with the on this issue.

He also appealed to residents especially fishermen to look for an alternative source of livelihoods since fishing is no more fetching them enough to depend on.

He also advised them to send their wards to school to give them a brighter future, and stop depending on promises made by politicians.

Many communities in Accra prone to flooding – Asenso-Boakye to parliament