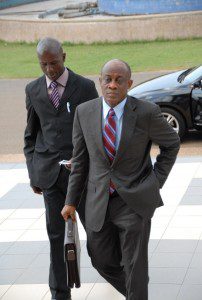 As government?s debt hits 90 billion cedis?? 67.53% of GDP, the Minister of Finance and Economic Planning, Mr. Seth Terkper has maintained that government?s decision to ?smart borrow? on the international capital market will yield positive results in the medium-to-long term.

According to Mr. Terpker, government has decided to free the tax payer from financing major commercial projects by going for loans with long term maturity.

?Whenever I say every country borrows money, they take it literally; but that is how European countries with major infrastructural developments have done it. They go for loans with 10 to 25 years maturity to develop their infrastructural needs?, he said.

As part of measures aimed at improving the infrastructure development, government announced plans to issue a Eurobond of 1.5 billion US dollars by September this year.

In line with this strategy, Mr. Terpker explained that government has developed a Medium Term Debt Plan to ensure that financing requirements are met promptly at the lowest possible cost, consistent with prudent degree risk.

Mr. Terpker, who was responding to questions from some Financial Journalists in Accra recalled that government had to seek funds outside the country to complete the ?gang of four? projects because they were started by the previous government without a clear financing road map.

He explained that the funds needed for major capital developments cannot be acquired through the issuance of T-Bill on the domestics market, hence government?s decision to go for long term loans that will allow the people of Ghana enough time to pay back the facility.

The government of Ghana in recent times contracted some loans to fund major infrastructure projects such as the Atuabo Gas Processing Plant, the Kwame Nkrumah Circle road construction, and a 110 MW Tico expansion project, among many.

This, the Minister explained are commercial projects that have the capacity to repay the loans and generate revenue for the nation.