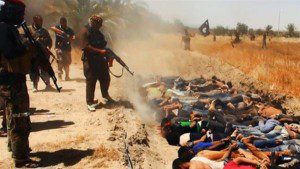 On Wednesday 11th January 2023, terrorists forcefully entered a Mosque of the Ahmadiyya Muslim Community in Burkina Faso, killing nine worshippers in an unprovoked and cold-blooded attack. Surely, to Allah we belong and to Him shall we return.

Local Ahmadi Muslims were peacefully gathered for the evening prayers in their Mosque in Mehdi Abad, a village where majority of the population is Ahmadi Muslim, near the northern town of Dori, when eight armed terrorists invaded the Mosque and began threatening the worshippers.

Following this heinous attack, the terrorists threatened return to the village and kill all the remaining Ahmadi Muslims if the worshippers reopened their Mosque or did not denounce their faith.

A spokesperson of the Ahmadiyya Muslim Community said:

“Our community, all around the world, is a family and we are heartbroken at the brutal murder of our brothers and grieve with their loved ones. We pray that God envelops the martyrs in His mercy.

“We also pray for the security of Burkina Faso and that the Government fulfills its duty to protect all Burkinabe people, including Ahmadi Muslims, and that the perpetrators of this heinous and evil crime be brought to justice”

Ahmadi Muslims are persecuted for their faith by both state and non-state actors in many Muslim-majority countries. In 2010, scores of Ahmadi Muslims were murdered when terrorists simultaneously attacked two mosques in the city of Lahore.

Further details about this atrocity will be provided as soon as possible.

Sissala West Assembly to tighten security at border with Burkina-Faso

Ghana and Burkina team up to fight terrorism