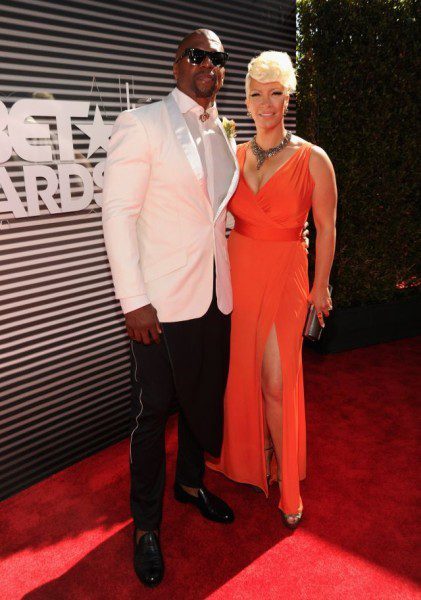 Last year, the ‘Brooklyn Nine-Nine’ actor claimed that talent agent Adam Venit grabbed his crotch at a Hollywood party, but he has now criticised the way he was “believed immediately” while there is scepticism surrounding many women’s claims as part of the #MeToo movement.

Speaking to ABC, he explained: “First of all, I was believed immediately. You can go through the most high-profile cases, from Harvey Weinstein to Bill Cosby, all the way up to the President of the United States.

“Most of these women have to go on and on, and tell the story over and over and over, to get someone [to believe them]. And then you have to have probably 10 more women to come forward in order for the first person to be believed.

“When I came out, immediately everybody was like ‘OK, we believe you Terry’, right away. I think it shouldn’t be that way.”

The 50-year-old actor thinks his decision to speak out has made it easier for other men to go public with their own experiences.

He said: “Even if they were going through their own personal hell, they would feel like less of a man if they ever said anything. The more I [spoke out], the more men began to tell their own stories.”

Last year, Terry and Adam settled a lawsuit following the actor’s allegations, with the latter’s agency William Morris Endeavor (WME) confirming the suit has been “dismissed”.

They said in a statement: “Terry Crews, Adam Venit and WME have settled the lawsuit Mr. Crews filed last year. It will be dismissed.”

‘Brooklyn Nine-Nine’ actor Terry had launched the lawsuit in December, but Adam denied the accusations in court documents.

Terry shared an article on Twitter which claims Adam is planning to leave WME, and he added the caption: “ACCOUNTABILITY”