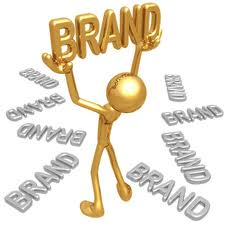 Mr Samuel Bright Kaitoo, the Chief Executive Officer, Galaxy Group, has urged tertiary students who will be prospective job seekers to brand themselves for a competitive corporate world.

He said it was important for tertiary students to create a career brand to be able to get the attention of prospective employers
Mr Kaitoo made the call in an interview with the Ghana News Agency (GNA) in Accra on the sideline of ‘Chat the Experts 2017’, an event organized by the Association of Business Administration Students (ABAS) of University of Professional Studies, Accra (UPSA).

The event on the theme: “Employer or Employee? Build Your Brand and Be Unique” was aimed at encouraging students to brand themselves to enable them position themselves for the job market.

He said it was very important for students to be exposed to some basic truth about life; as employers know that in life what make them stand out was, how unique they were and what kind of services they could provide.

“In developing themselves they need to acquire certain skills including personal, social, technical and spiritual; it is important to build these four skills to help them build a brand for themselves,”he added.

He noted that in the working environment, some graduates come in with theoretical knowledge, but when it came to the industry some of them depending on the courses they pursued, were not able to fit into the industry and sometimes employers had to spend time and money to train them to be suitable for what employers required.

He said it was also important to have a synergy between academia and industry; so that academia would be able to know the needs of the industry.

He urged academia to develop curricula, which would structure academic programmes to suit the needs of the industry.
Mr Collins Agyemang Badu, a lecturer at UPSA also told GNA that in Ghana, there was a mis-match between what university instructors teach and what employees required from the job market; so UPSA’s effort was to bridge the gap.

He said one of the key components was the fact that certification was not enough, but rather competence, whereas students who attended such seminars were likely to establish their own businesses; stating that the “UPSA’s mantra is scholarship with professionalism”.

“We don’t focus on academic tutoring, but the need to blend academic with professionalism,” he added.