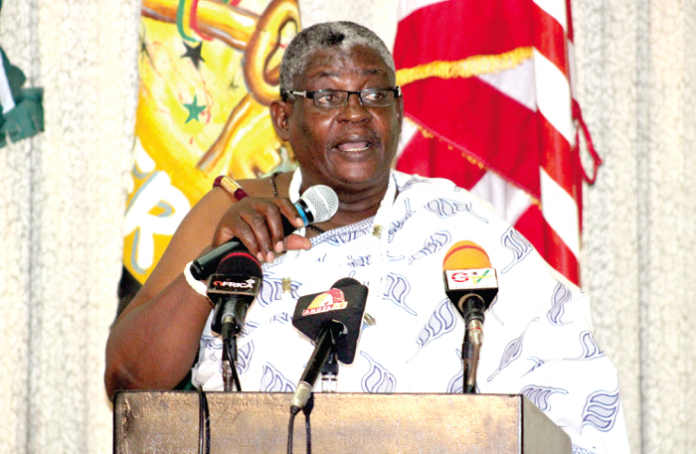 The Chiefs and people of Teshie have launched their 2017 re-branded Homowo Festival to realise marketing prospects for the development of the area.
The festival, which would be celebrated in August is on the theme: “Harnessing the social, cultural and human resources of Teshie for the development and growth of the people.”

It was launched by the Teshie Traditional Council in collaboration with the Orange Communications Limited (OCL) at the La Royal Palm Beach Hotel in Accra.
Mr Ebenezer Annang, the General Manager of OCL, the company in charge of the Homowo celebration said the re-branding of the festival was to make it more attractive, modern and relevant to contemporary times to create a platform for promoting and selling products and services produced in Teshie to raise revenue for the town’s development.

“The festival is expected to create an exciting setting for economic activities, where sellers of various products can converge to do business,” he said.
He said there would be much culture on display during the month-long festival from which local and international observers would learn about the history of the Ga-Dangme people.

Mr Annang said new activities which would be added to the festival would include; a health walk and screening, awards nights, musical show and sports gala, in addition to the old activities like street carnivals and the purification rites for twins.
The General Manager expressed gratitude to the Teshie Traditional Council for selecting the OCL to handle the celebration and pledged the company’s commitment and support to make the festival a success.

Nii Ashikwei Kwaobotswe II, Teshie Dzaasetse of Teshie and a member of the planning Committee said the Homowo was a period of merry-making following an extended period of drought which the Ga-Dangme people had to face during their long journey to their present settlement.

“Homowo means hooting at hunger and is likened to the Passover Feast of the Hebrews,” he said. Nii Kwaobotswe said the occasion is used to take stock of the past and to settle feuds among relations and people in order to chart a new path into the future.
GNA