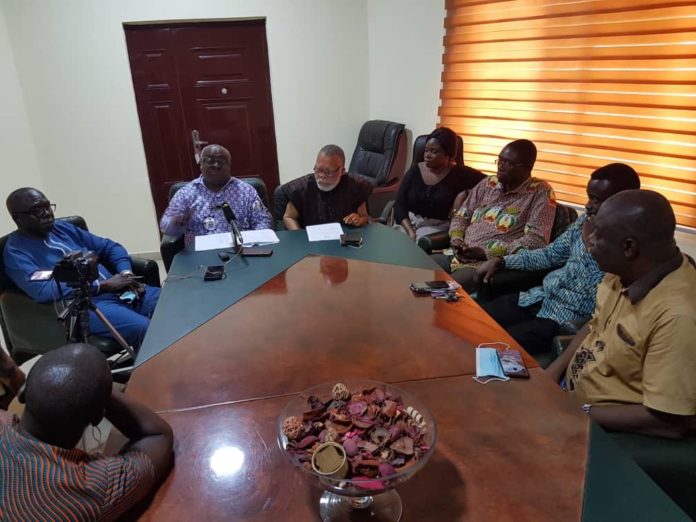 The Teachers and Educational Workers Union (TEWU) has signed a new Conditions of Service with the Ghana Education Service (GES), after the last one expired over ten years ago.

This was in a statement from TEWU and copied to the Ghana News Agency in Accra.

The statement which quoted Mr Mark D. Koranteng, the Acting General Secretary of TEWU, said over 13 years now, TEWU’s Conditions of Service expired, but could not be reviewed, because of the implementation of the policy on the migration of all government employees unto the Single Spine Salary Pay Structure.

He said as a result all Conditions of Service, with their related matters of Public Sector unions were put on hold.

Mr Korankye said after the migration, TEWU took steps to review the Conditions of Service, of which proposals were submitted by the union and have gone through several months of negotiations, and culminated with the signing of the agreement on November 12, 2020, and subject to review after two years.

Mr Korankye said for now, TEWU members in the GES, have a revised Conditions of Service document, with provisions for items including promotions, leave allowances, working hours and other related issues aimed at enhancing the welfare of its members.

According to him, “the signed document will be registered with the Chief Labour Officer, after which copies will be printed and distributed to the more than 30,000 members of the union who are with the GES, to guide them”.

“This document will help to prevent situations where any different document will be used arbitrarily by various Directors or heads of institutions in deciding what is due our cherished members.”

He added that when the time comes to review the document after two years, TEWU would take every step to ensure that the provisions always serve the best interest of the members.

Mr Korankye, revealed that negotiations on the Conditions of Service for the public Universities, have come very far, and they are left with sorting out issues like non-basic allowance, exposure to eminent hazards allowance and promotions.

He said the Fair Wages and Salaries Commission, had taken noted of these outstanding issues and want further consultation with the necessary stakeholders in order to get the right mandate to be able to get TEWU back to the table to conclude the negotiations.

“Once these three items are cleared, we will also say that we would have finished with the Conditions of Service for the public universities. We are hoping to have these things finalized by the first week of December”, he said.

Visa, Finastra Link Up on Global Banking for Cross-Border Transactions