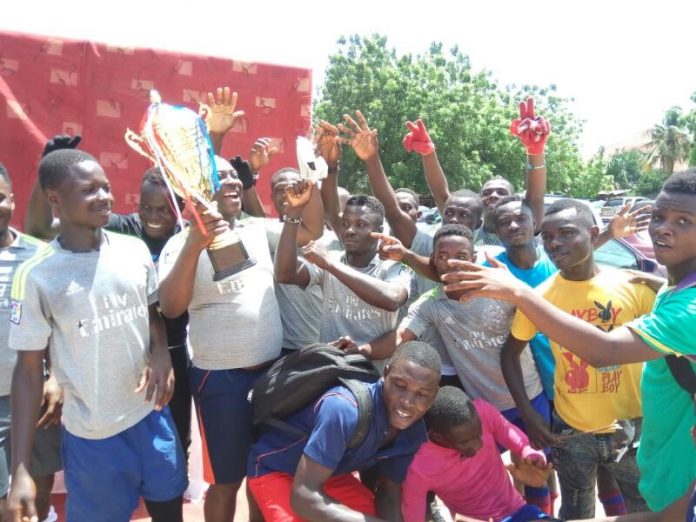 Over 500 members from seven churches in and around the GA-West Municipal Assembly namely Pure word for all Nation lead by its founder Prophet Joseph Asamoah,

1 of 3
The objective of the event was to meet and promote the physical wellbeing of the members and to prevent especially the youth from engaging in ungodly activities during the Easter holiday.

The event, which was the second edition of its kind, started from the premises of the old collapsed Melcom building site at Achimota Neoplan, through Mile 7 amid singing and dancing while proclaiming the goodness of the resurrected Lord, through to the Azuma Park where it was climaxed with several games and a Foot ball gala match which was won by The Favour Of God Church.

Speaking to the press after the event Apostle Richard Dwumfour, the General Overseer of Conquerors Redemption Ministry International, and the Chairman for the Passion Games, thanked the various Head Pastors and their congregants for participating in the 2nd Edition of the bi-annual event.

He expressed the hope that the existing relationship between the churches would be used to hold high the burner of Christ and cemented for their mutual benefits.

Apostle Dwumfour, said often times, the churches concentrates its efforts on meeting only the spiritual needs of its members at the expense of the physical, this he said results in stern imbalance,

He therefore behooves the churches to endeavor to meet both the physical and spiritual needs of its members which in the long run will improve their living condition and develop the Country at large.

He said the Planning Committee of the Passion Games is of the view that the event would lay a very solid foundation for subsequent ones and is determined to make it a Bi-annual event, which would venture into providing free health screening to both members and the communities as part of its corporate social responsibility.

He entreated members not to abandon the culture of exercising but rather do their best to embark on recommended regular exercises to be in sound health always.

2nd Edition Of Akple Festival Took Revelers Back Into Time

Reblock Ventures: “The Secret To Building A Stellar Brand Story Is Honesty”