It all started when the Gender, Children and Social Protection Minister, Ms. Otiko Afisa Djaba, who was then also doubling as the National Women’s Organizer of the ruling New Patriotic Party (NPP), was reported to have held a meeting at a Tamale hotel in her capacity as NPP’s National Women’s Organizer without officially notifying the Northern Regional Chairman of the New Patriotic Party. This prompted the notoriously petulant, or maybe even cantankerous, Mr. Bugri-Naabu to break into and disrupt the meeting. Thereafter, intemperate public exchange of words ensued during which Mr. Bugri-Naabu reportedly accused Ms. Djaba and the Northern Regional Minister, Mr. Rockson Bukari, of having actively participated in both the engineering and brutal orchestration of the assassination of Mr. Adams Mahama, then-Upper-East Regional Chairman of the New Patriotic Party.

I personally did not recognize any merit in such outrageous accusation, besides the obvious attempt to deeply wound the spirit and reputation of the targets of such vitriol. And so I was not the least bit surprised when within the 48-hour ultimatum given him by Mr. Bukari to retract his accusation and publicly apologize for the same, the Northern Regional NPP Chairman released a written apology stating that his accusation had genuinely been “a slip of the tongue.” Needless to say, a very expensive slip of the tongue, indeed (See “I Have No Facts About Murder Allegation – Bugri-Naabu” Ultimatefmonline.com /Ghanaweb.com 5/10/17). Now, what was quite predictably fascinating, and also inescapably amusing, was the lightning quickness with which the Afoko Family, one of whose members, Mr. Gregory Afoko, has been charged as the prime suspect in the brutal assassination of Mr. Mahama, released a public statement calling for the case against Mr. Gregory Afoko to be promptly reviewed and the real suspects immediately rounded up and vigorously prosecuted.

I really thought the Afoko Family’s call was nothing short of a wicked joke which morbidly reflected the fact that the Afokos were still curiously in denial about the foolproof fact that forensic evidence linking the prime suspect to the scene of the crime had been collected from the Afoko family residence. What is more, an alibi copped by the elder brother of Gregory, Mr. Paul Afoko, then-National Chairman of the New Patriotic Party, in the wake of the shocking report of the murder, had almost immediately fallen apart. The alibi was that Younger Brother Gregory had been fast asleep in his bed at home at the time of the commission of the crime, and had thus been too far from the crime scene to have even been aware of the commission of any such heinous crime.

In his alibi-copping story, Elder Brother Paul, located in Accra, some 500 miles from both the residence of the prime suspect and the crime scene, had stated emphatically that police investigators who visited their Bolgatanga home in search of evidence linking Gregory Afoko to the crime scene, had felt the temperature of the suspect’s regularly operated motorbike and found it to be ice-cold. It would shortly turn out that this story had validity only in the fervidly agitated mind of the storyteller.

Apparently, in their latest rather cheap and lurid call for police investigators to turn away from the real crime suspects to the ones equally cheaply cooked by Mr. Bugri-Naabu, the Afoko clansmen and women, in their zeal to securing a highly unlikely escape hatch for their brother, Gregory, had conveniently forgotten that the most foolproof or unassailable testimony vis-à-vis the heel-to-pate involvement of Mr. Gregory Afoko in the brutal acid-dousing murder of Mr. Adams Mahama, had come from the proverbial horse’s own mouth, that is, from the deathbed of the victim himself, at the Bolgatanga General Hospital, where Mr. Mahama had been taken shortly after the brutal assault that would eventually fell him. 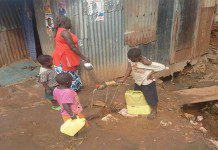 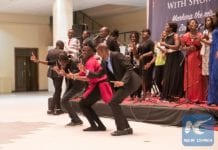 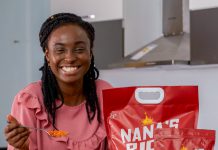