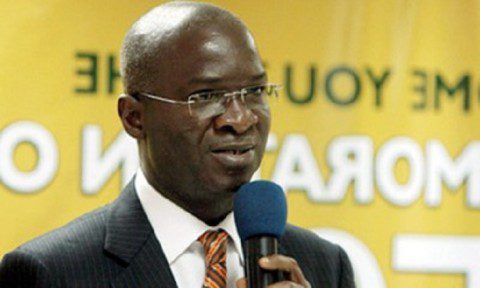 Nigeria’s minister of Power, Works and Housing, Babatunde Fashola, has lashed out at the National Assembly, stating that it was regrettable that the Senate Committee Chairman on Appropriation, Danjuma Goje, trivialized the issues he (Fashola) raised about budget allocation.

The former Lagos State governor, who issued a statement from Zimbabwe where he is currently attending the 35th Annual General Meeting of the Shelter Afrique, informed that he was responding only for the purpose of refocusing attention to the issues at stake.

“In this context, it is left for Nigerians to then decide whether budgeting for constituency roads is more patriotic than budgeting to complete the Kano-Maiduguri Road that connects 5 states, the Lagos-Ibadan road that connects 3 states and helps to move food, imported goods and fuel across the country; or the 2nd Niger Bridge that connects the East and West geopolitical zones of at least 11 states together.

“I will also leave Nigerians to judge whether it is more patriotic to budget for the Mambilla Power Project that will contribute to more power across Nigeria or reduce the budget to build street lights in legislative constituencies.

“Let me reiterate that I see parliament as a house where very vigorous debates about development should take place and it is important for Goje to acquire the temperament of debate and disagreement,” the statement read.

According to Premium Times, Fashola decried the senator’s admonition that he should learn how to “behave” like a “minister” and in reference to the Senate awaiting how he would be “handled” by the House of Representatives, the minister declared: “I think first that the language is unparliamentary and therefore not deserving of a reply.”

“It seems that it is such people who need a behavioral prescription about legislative function,” Mr. Fashola said about Goje