Each year, la Francophonie is celebrated on 20th March among populations who share the French language in about 84 countries scattered on the five continents. In Ghana, the 10th to the 24th of March, 2018 was earmarked for the “Quinzaine de la Francophonie”, during which a number of symbolic events were organised by the francophone embassies in conjunction with the Alliance Française Accra and the Institut Français Ghana

On what was a night to savour at Alliance Française Accra, a spectacular opening ceremony took place on 10th March in the presence of many guests drawn not only from the Francophone community but the Ghanaian society at large. From state officials to ambassadors, civil society representatives to the ordinary population, people from all walks of life gathered to witness the commencement of this year’s edition of la Quinzaine de la Francophonie, which is celebrated annually to showcase the French language and the diversity of francophone culture.

In his opening address, Dr. Adutwum reiterated the government’s commitment to broaden access to the French language in Ghana and used the occasion to announce the beginning of the “bilingual class” project which is currently being run at the pilot stage in collaboration with the French Embassy. Afterwards, Dominik Coco and his Kako band from the West Indies island of Guadeloupe took over and treated the audience to a composite of zouk, reggae and dancehall music. If anything, there was definitely no shortage of dancing on the night!

When learning French is fun

On 14th March, the finals of the “budding ambassadors” competition for West and Central African zone took place at Alliance Française in Accra. The occasion put to test the oratory and public speaking skills of the best students selected from various French High schools within the two sub-regions, who were competing for the five available slots at the International grand finale to be held in Paris later this year.

Later that evening, oration took a more relaxed posture as students of the Lycée Français Accra Jacques Prévert mounted the stage one after the other, to show off their prowess in poetry during a spoken word concert. The show was crowned off with a superb freestyle act by the witty-wordy tongue-twisting slam champion Maras, coming all the way from France. 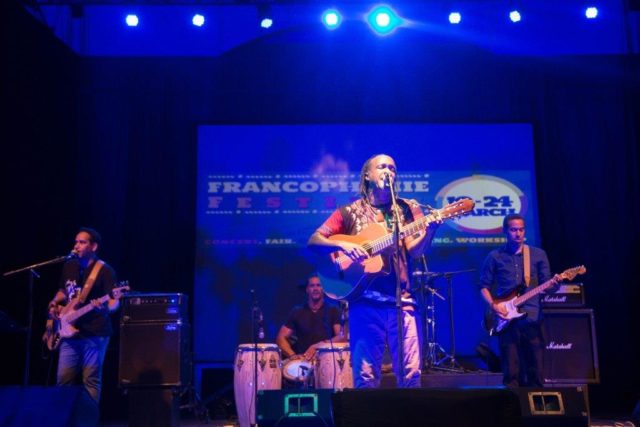 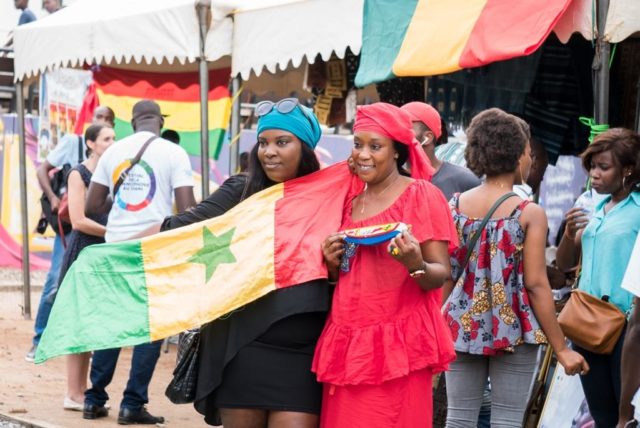 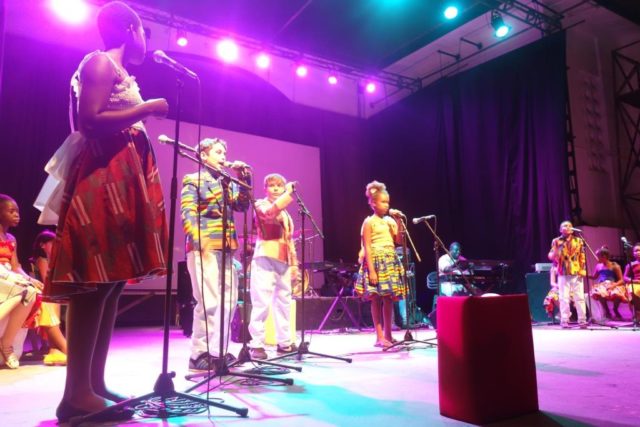 French, like any other language is obviously largely appreciated as a vector of culture. Beyond cultural dissemination however, the French language, ranking third among languages for business, has proven to be a very vital skill on the global occupational scene and it is this facet of the language that was brought to the fore during a job skills application workshop organised on 21st March at Alliance Française Accra.

Students and workers alike came to be part of a very enlightening seminar that sought to shed light on job application procedures in French or Francophone work settings. In view of the fledgling number of French companies now based in Ghana, this job skills seminar focused on French-tailored job application procedures, CV presentation and cover letter writing. Facilitators also used the opportunity to clearly delineate the differences between Francophone and Anglophone recruitment processes, by pointing out certain errors made by anglophone candidates while seeking jobs in French companies.

Speaking at the seminar were the Executive director of the France Ghana chamber of commerce Delphine Adenot-Owusu, Cooperation attaché for French language at the French embassy, Julie Fournier-Angelo, French Educational advisor at the University of Ghana, Nina Duval and Deputy head of the Economic Unit of the Embassy, Virgile Satge. The second part was devoted to one-on-one simulated job interview sessions with participants in order to help them improve chances of gaining employment with French companies.

French and the Arts: It’s Showtime!

On 17th March, guest artiste at last year’s Francophonie festival opening concert, gifted Beninois diva Fafa Ruffino, was once again involved, this time around as a vocal and music coach for the “French Touch” concert. For several months, she dedicated herself to training a group of 12 children to perform French and English songs. These future musical prodigies rose to the occasion and produced some very melodious tunes, delighting their proud parents and audience.

The Swiss embassy, on 22nd March, also welcomed movie lovers at Alliance Française Accra, for the screening of the intriguing romantic drama Le temps d’Anna which was introduced by Mr. Matthias Feldman, the Swiss Chargé d’affaires in Ghana. The film show had been preceded by an inter-tertiary French language quiz won by the Ghana Institute of Languages who beat Accra Technical University, Alliance Française Accra and University of Ghana.

The following day saw various senior high schools meet in the final of the senior high school French drama tourney held at the Regional Centre for Teaching of French (CREF) in the Accra High School. The five senior high schools that made it to this final were Chemu Senior high school (SHS), Nalerigu SHS, T.I. Ahmadiyya Girls School, Kanton SHS and Akwamuman SHS. All the sketches were written and directed by Ghanaian French teachers and their students from the participating schools. At the end of the day, T.I. Ahmadiyya Girls put up a splendid performance to be crowned champions. Among the prizes awarded were screen projectors, home theatres, laptops, dictionaries and school bags. Each student and teacher also received a certificate of participation.

“Francophonie” on display at closing ceremony

In keeping with what has over the years become a popular highlight of the festival, a food fair and artefact exhibition came off at Alliance Française Accra on Saturday 24th March, the final day of Francophonie 2018. Apart from country-specific stands, there was the notable presence of sponsors and partners, namely, Blue Knights Bookshop, Société Générale, Decathlon, Accra City Hotel and the Canadian Embassy. Other sponsors for this year’s programme include the Belgian Consulate, French Embassy, Institut Français Ghana, Total, Bolloré, Ibis Styles, the Daily Guide newspaper and the International Organisation of la Francophonie.

There was also time for winners of the French language writing competition to receive their prizes. Gnoigle Kolani Lambombik, Eric Konlanbik and Isaac Quarshie Ayertey won the first prizes for the “Tout public”, “étudiants spécialistes” and the “étudiants non-spécialistes” categories respectively. The jury’s special prize for “jeune talent” went to Laurdi Sala-Diakanda, a student of Lycée Français Jacques Prévert Accra. The prizes were presented by Madam Julie Fournier-Angelo of the French Embassy and Mr. Robert Atsu Davor, the National Coordinator for Regional Centre for Teaching of French (CREF).

This year’s closing ceremony and indeed the festival as a whole, would certainly have not been complete without the august presence of the President of the Republic of Ghana, Nana Addo Dankwa Akufo-Addo who delivered his entire speech in French, much to the applause of an audience captivated and inspired by his command of Molière’s language. “We find ourselves in a global climate where the study of [foreign] languages is becoming more and more important . . . . This is one of the reasons why my government has decided to place particular emphasis on the study of the French language across the educational system” he affirmed.

Congolese stand-up comedian, Phil Darwin, then took to stage, relating tales of his numerous adventures across the globe in typical jocular fashion to bring the curtains down on yet another marvelous Quinzaine de la Francophonie.