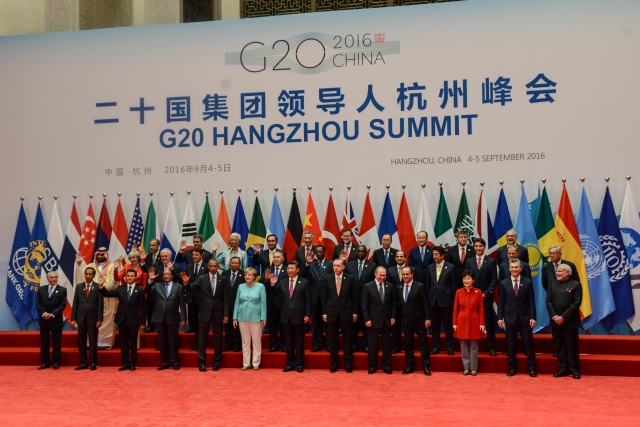 The first meeting in Africa of Finance Ministers and representatives from the G-20 Compact with Africa (CWA) countries took place last week in Accra, Ghana. While Germany’s G-20 Presidency must be applauded for championing the Compact, Ghana’s Finance Ministry is to be commended for initiating what promises to be an exciting process of African peer to peer engagement.

In my previous role as the Executive Secretary of the UN Economic Commission for Africa from 1995 to 2005, I had the opportunity to interact and engage with finance ministers in similar forums. But this meeting was different and significant for many reasons. For one, it was organized by the Ministers themselves and for themselves, with technical inputs by the African Center for Economic Transformation (ACET), which after nine years in existence is recognized as a leading think tank.

Of the seven Compact countries, representatives from five—Côte d’Ivoire, Ghana, Morocco, Rwanda and Senegal—attended, with only Ethiopia and Tunisia unable to participate. Besides these five, we had representation from four other countries—Burkina Faso, Benin, Gambia and Guinea—that aspire to join the CWA.

While some representatives of the international community did participate in the September 6 meeting—alongside substantive input by the African Development Bank there were useful submissions by the World Bank, the IMF and by Germany’s Ambassador in Accra—this was an African owned and African led engagement. Not the way that international initiatives developed by the world’s leading economies (G-20, G-7) generally play out.

Ghana’s Finance Minister, Ken Ofori-Atta, articulated in his opening remarks what we hoped to achieve in this one-day meeting. Essentially, to take stock of where each country is in this process and exchange ideas.

We devoted a session to some of the challenges emerging in the Compact countries. The challenges of CWA implementation included Rwanda’s inability to attract investments commensurate with its extraordinary efforts to make the country attractive to investors. Senegal raised issues having to do with the broader goals of transformation, and indeed ACET’s support in framing this first ministerial meeting has been very much in terms of pushing the paradigm of transformation across Africa. Côte d’Ivoire juxtaposed the struggle to interest the private sector in education and poverty reduction, with the ease of getting them into ports or roads development, raising the larger question of how the CWA can support critical sectors in need of intervention, such as health and education, where external financing is not often focused.

But as important as it is to surmount emerging challenges quickly to build momentum and process, this is a long road and it’s also important to map out for each country some of the quick wins.

Though Morocco was honest about its own challenges—maintaining fiscal and macroeconomic stability, youth employment, education and reducing social disparities—the meeting recognized that with South Africa, it attracts 90% of external investment to Africa. Many participants saw Morocco’s Minister of Economy and Finance, Mohamed Boussaid as a worthy mentor within the context of a “Club” of CWA countries proposed by Ghana’s Minister Ofori-Atta.

One of the critical discussions of the one-day meeting concerned the importance of peer to peer learning. How do we bring into play a peer review mechanism that we can use to measure progress among CWA countries? This idea started with a discussion I had with Minister Ofori-Atta in Berlin in June. My subsequent consultations with Rwandan Finance Minister Claver Gatete and with the three international financial institutions—the World Bank, the IMF and the African Development Bank—and others, revealed tremendous support for the idea of bringing African countries together and encouraging an African organization to lead the agenda forward and ensure African ownership of the CWA process.

Inasmuch as the CWA is a mechanism for transformation focusing on the private sector, we plan to start a peer review mechanism for Compact countries. When the African Peer Review Mechanism (APRM) was launched, many people asked who would monitor it. The APRM hasn’t been a great success in my view, but there is much that we can learn from it as we begin to monitor our own processes. Among the many peer review techniques, the OECD has perfected its mechanism, and we can also learn from that.

Already the Compact countries reached accord on some key issues. The day-long meeting ended with the adoption of a Consensus Statement. The statement records the strong commitment to the CWA objectives—strengthening fiscal management and increasing private investment—as well as to the rapid and robust implementation of the policy commitments outlined in CWA documents from each country. Indeed, finance ministers noted that these objectives are in keeping with their own national development strategies and efforts.

The Consensus Statement also records the concerns of countries represented that the CWA should support the maintenance of macroeconomic stability together with a raft of transformative policies, including those to bring about economic diversification, inclusive growth, youth employment, while targeting both domestic and foreign private investors and taking into account the value of a regional approach.

Ministers agreed that to make transformation possible, greater efforts were needed to raise resources domestically. Underpinning the Compact with the G-20, there would need to be a Compact between taxpayers and their governments in Compact countries to facilitate investment in modernizing tax systems and to strengthen capacity for planning and managing public investment.

In a few weeks’ time, on the margins of the annual meeting of the World Bank and IMF in Washington, there will be another opportunity for this new group of seven to come together and gather some momentum in planning the next steps to make the Compact work for Africa’s economic transformation.

Dr. K.Y. Amoako is President of the African Center for Economic Transformation.