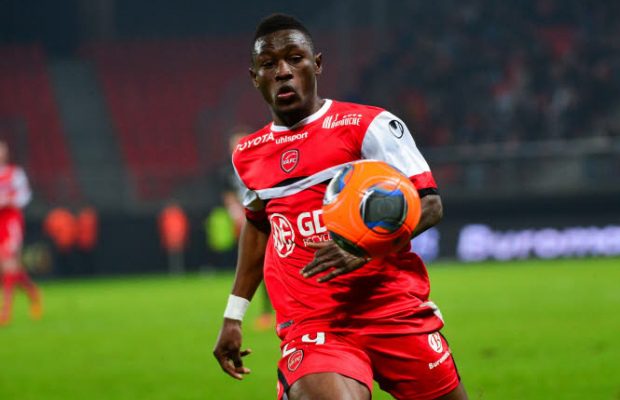 The race to sign Ghana striker Abdul Majeed Waris is getting heater as many as twelve clubs have officially declared interest in signing him from Russian side Spartak Moscow, GHANAsoccernet.com can confirm.

Waris, 22, bagged 9 goals in 16 French Ligue 1 games last season and this attracted a huge interest around him.

The mounting pressure is forcing Spartak to sell him and they have splashed a ?5 million price tag on him.

Ligue 1 sides Lille, St Etienne and Bordeaux, who had a closer assessment of the former Swedish Allsvenskan Golden Shoe Winner, all declared their interest in signing him last month but they have all failed to reach a deal with Spartak for his signature.

While the French sides are struggling with the amount the amount quoted by the owners, German quartet Hamburg and Hertha Berlin, Werder Bremen, Hannover have all shown interest in signing him.

Spanish La Liga side Granada CF have made a bid that is believed to be in the region of ?3 million and has been turned down by the Russians.

Waris is likely to leave Spartak before the start of the season, just two seasons into his existing five season contract after failing to nail down a regular playing spot at the club.

Ericsson, Qualcomm and Thales to take 5G into space

German sailing boat with 34 migrants aboard in Mediterranean Sea