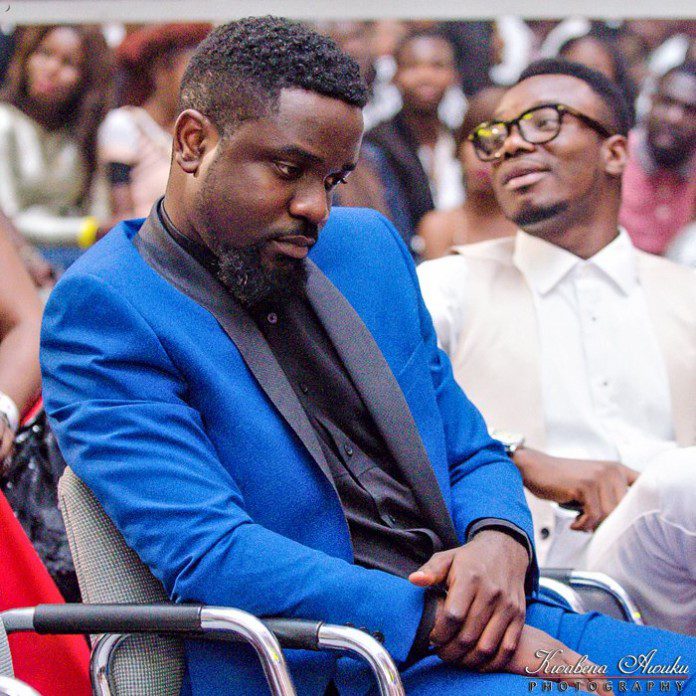 Fans of Michael Owusu Addo ,popularly known as Sarkodie cannot wait for the release of his 4th album dubbed ?Mary?.

Few weeks after the successful release of his latest song + video #Mewu ft Akwaboah ,the 30 year old rapper who recently performed at the Apollo Theater in the States together with EL ,Sarkodie , Banky W , Shatta Wale ,Bisa Kdei and host of others has announced that hisalbum, which would be his 4th album, will be released on September 12th, 2015.

While we wait for the much anticipated album, source brings you five good solid facts you need to to know and expect from the ?Mary? album.

1. His grandmother , Mary died the same day he was nominated for the 2012 Best African International Act at the BET award, which he ended up winning.

2. Since the demise of his grandmother , he decided to dedicate the forth album to her.

3.This official artwork of the 4th album is the real picture of Grandma ?Mary?.

4 The release of Mewu ft Akwaboah should inform you that all the songs were recorded live and most of the production was done by Akwaboah which took him 2 solid years to record the album.

5.Top notch music acts such as Efya, Obrafour, Akwaboah, Chase, and Mugeez are a few known acts featured on ?Mary?.