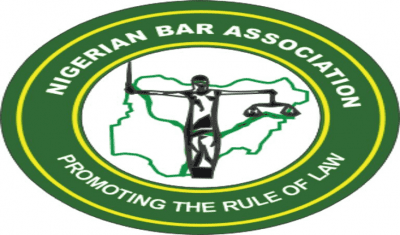 Members of the Ilorin branch of the Nigerian Bar Association (NBA) yesterday commenced impeachment proceedings against the Chairman of the branch, Mobolaji Ojibara, over allegations of abuse of office, financial recklessness and violation of the provisions of the association?s constitution.
The notice of impeachment dated 21st of July 2014, was contained in a statement signed by two Members of the association, Ariyo Osu and Yahaya Alajo in llorin on Tuesday.
The impeachment notice was also signed by 32 members of the association, who stated that the General Secretary of the association, Akande Idowu, had earlier laid allegations of financial recklessness,
abuse of office and unguarded utterances against the chairman.
It added that the allegations had led to crisis and internal wrangling among members of the branch.
In his response, NBA Chairman, Ilorin branch, Ojibara said ?as I speak now, it has not been served on me. If an impeachment process is being made against me and it is served on the press, you could figure out
the intention of the people who are posing this impeachment.
“The impeachment proposal that is being made by some people, from the face of it, we have realized that it is being sponsored by R.O. Balogun, the immediate past chairman of the branch.
“This is not the first action; they are taking against the branch.
They have gone to court, sued the branch in separate suits, requesting from various injunctions restraining the branch from holding them accountable?, he stated.